The Future of Dutch Football

From Forest to State of the Art Soccer Campus: the place where people and organisations work together on the future of Dutch football

The KNVB sports centre opened on 16 September 1965. During its 48-year history, the centre has developed into a central location for Dutch football and other sports. The further development of the KNVB national office, the KNVB Hotel and the Football House have also helped to realise a variety of facilities.

In 2014, the organisation decided that the level of the hotel, conference and sports facilities no longer matched the position and ambition of Dutch football. Structural improvements were needed to make the best possible use of the centre, in keeping with the times. The KNVB therefore decided to take the next step in the development of the sports centre.

Starting in the autumn of 2012, the KNVB developed a new vision for the KNVB Sports Centre: the KNVB Campus.

The ‘campus concept’ emphasised functional relationships between buildings and outdoor spaces to allow sport to be experienced everywhere. They wanted clear sightlines, and sports and meeting facilities that were integrated throughout several strategic places onsite. They also wanted to achieve a natural balance between the park-like surroundings and the sports functions, and an unambiguous visual language of sport that was expressed in the signage, the layout of the outdoor spaces and the interior design of the buildings. 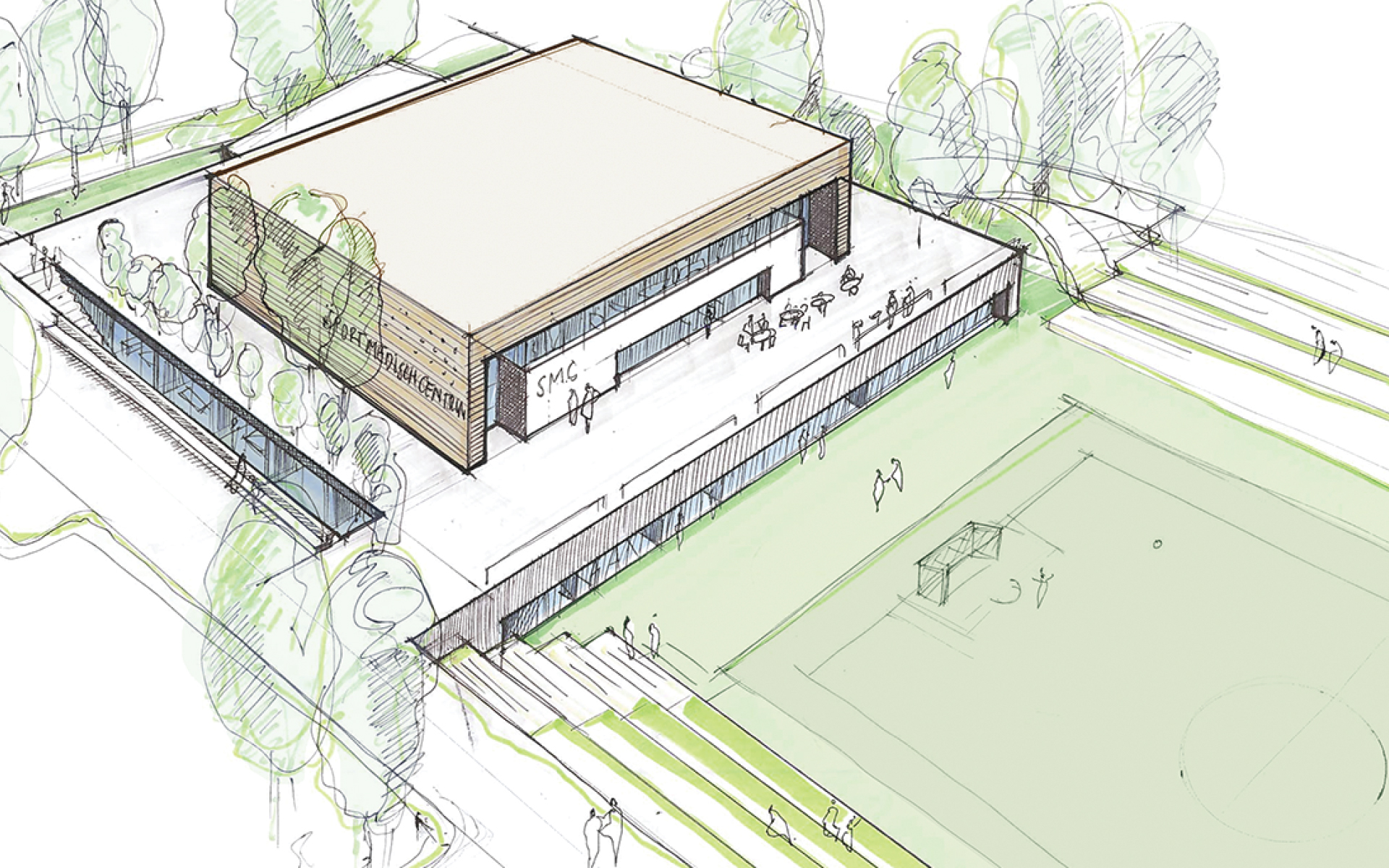 The development of the KNVB Campus involved four components:

– A training centre: this would take the form of an annex to the main office, fully equipped for receptions, meetings and conferences.

– A sports hall with a sports medical centre (SMC) and a new main pitch: this would involve a renovation of the sports hall and the SMC, and the construction of a new practice field to serve as the heart of the campus.

– A sports hotel: this existing building would serve as ideal accommodation for football teams during their intensive training periods.

– Public space: this would involve redesigning the terrain to create a cohesive overview, as well as improved signage and wayfinding.

When DAY became involved in the renovation project, our first advice was to develop the KNVB campus as a brand. A brand with meaning, and a brand that would represent a unique experience. This brand proposition formed the basis for all of the campus’ activities and actions, and helped us develop a consistent ‘Vision on Space and Experience‘.

We ran some preliminary research to help us define the following brand proposition:

“The KNVB Campus is the place where people and organisations work together on the future of Dutch football, through knowledge development, education, training and performance.”

DAY provided the spatial and interior design, signage and spatial branding for the entire campus – including all exterior and interior spaces. We also developed new touchpoints such as the Celebratory Art Installation – a KNVB monument that honours all 1,356 former international players who have played for the Dutch national team since 30 April 1905, the date of the very first international football match.

Today, the campus is a successful business that has fully lived up to its potential. The Dutch national women’s and men’s teams now use the campus to prepare for their tournaments and international matches. 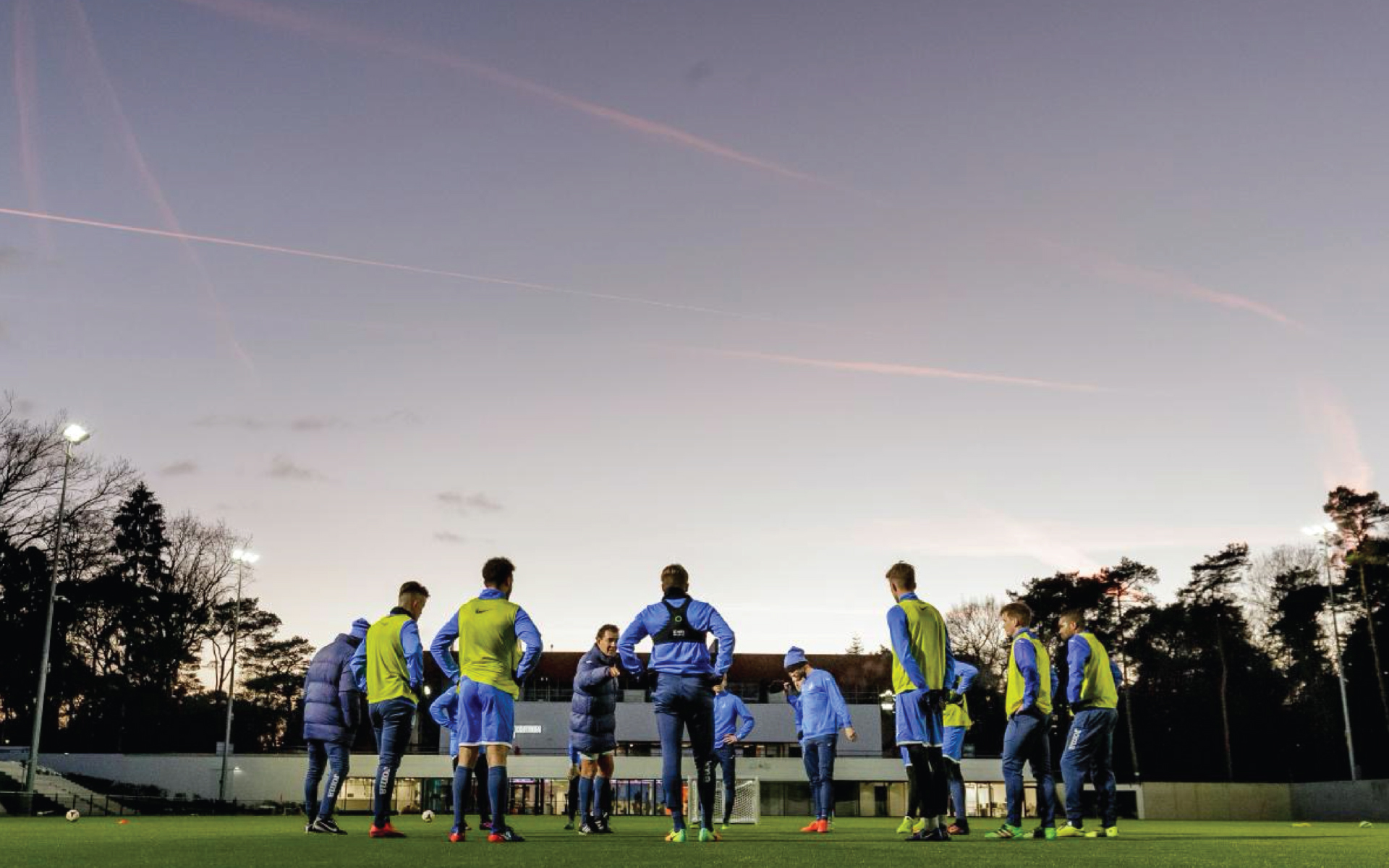 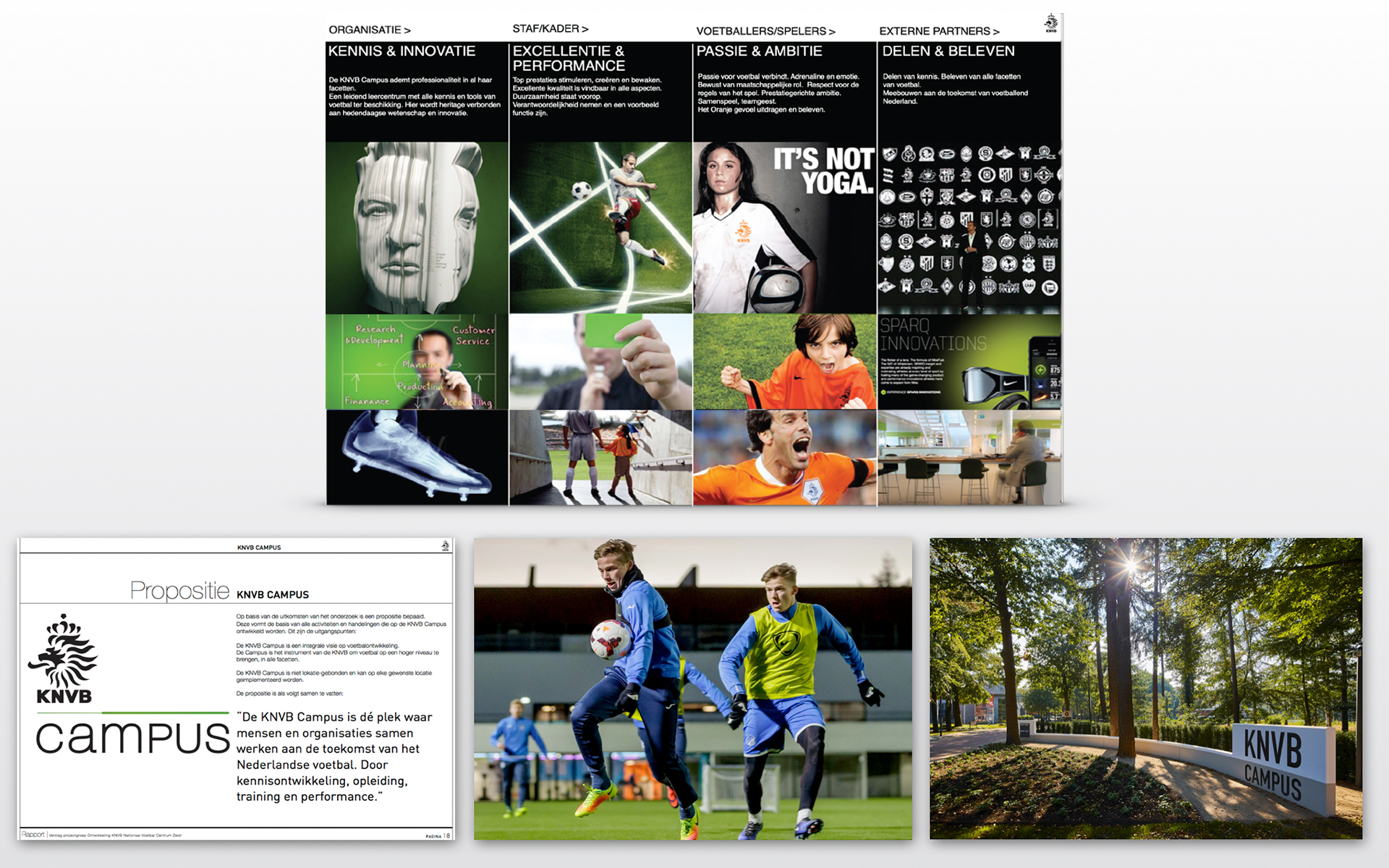 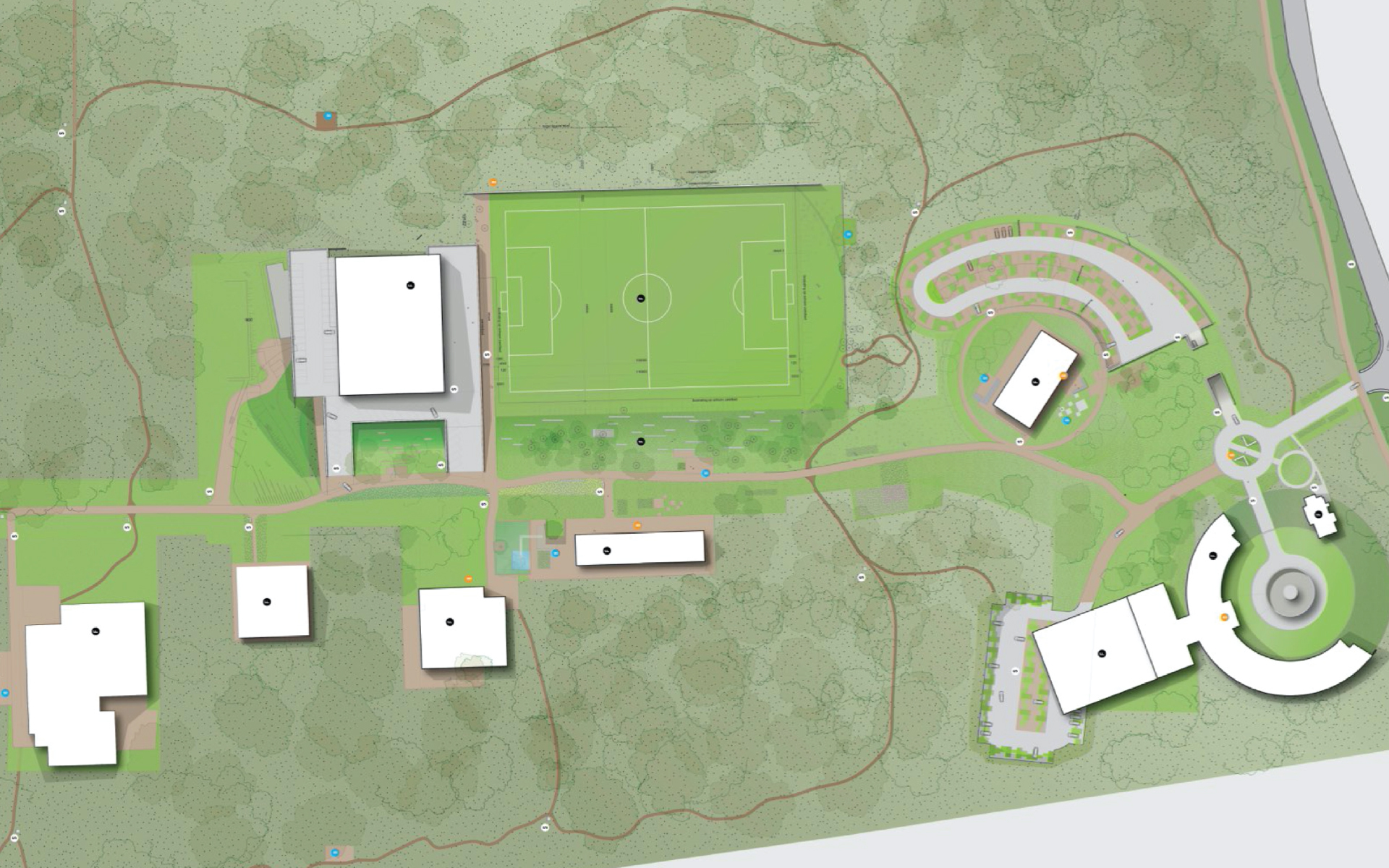 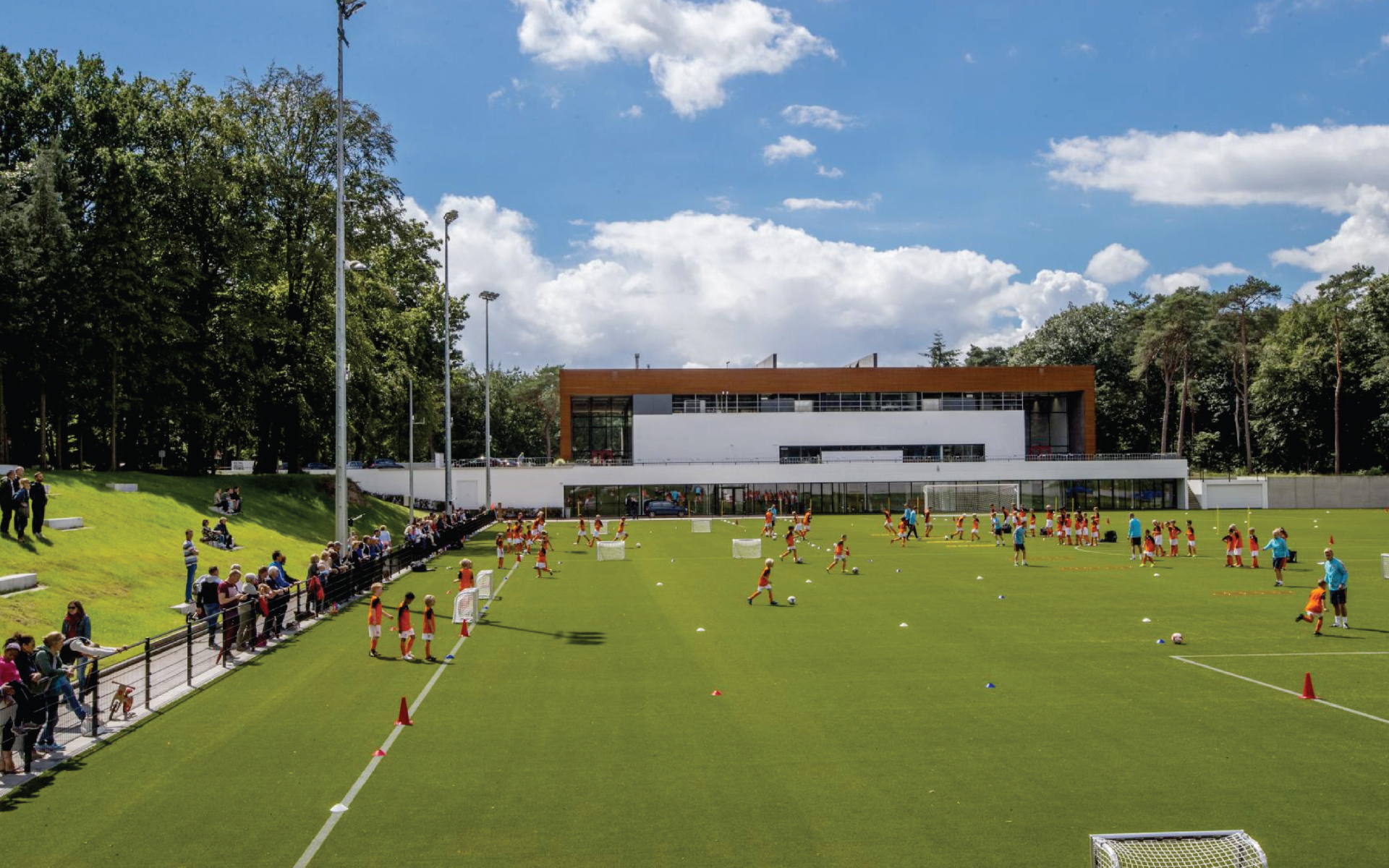 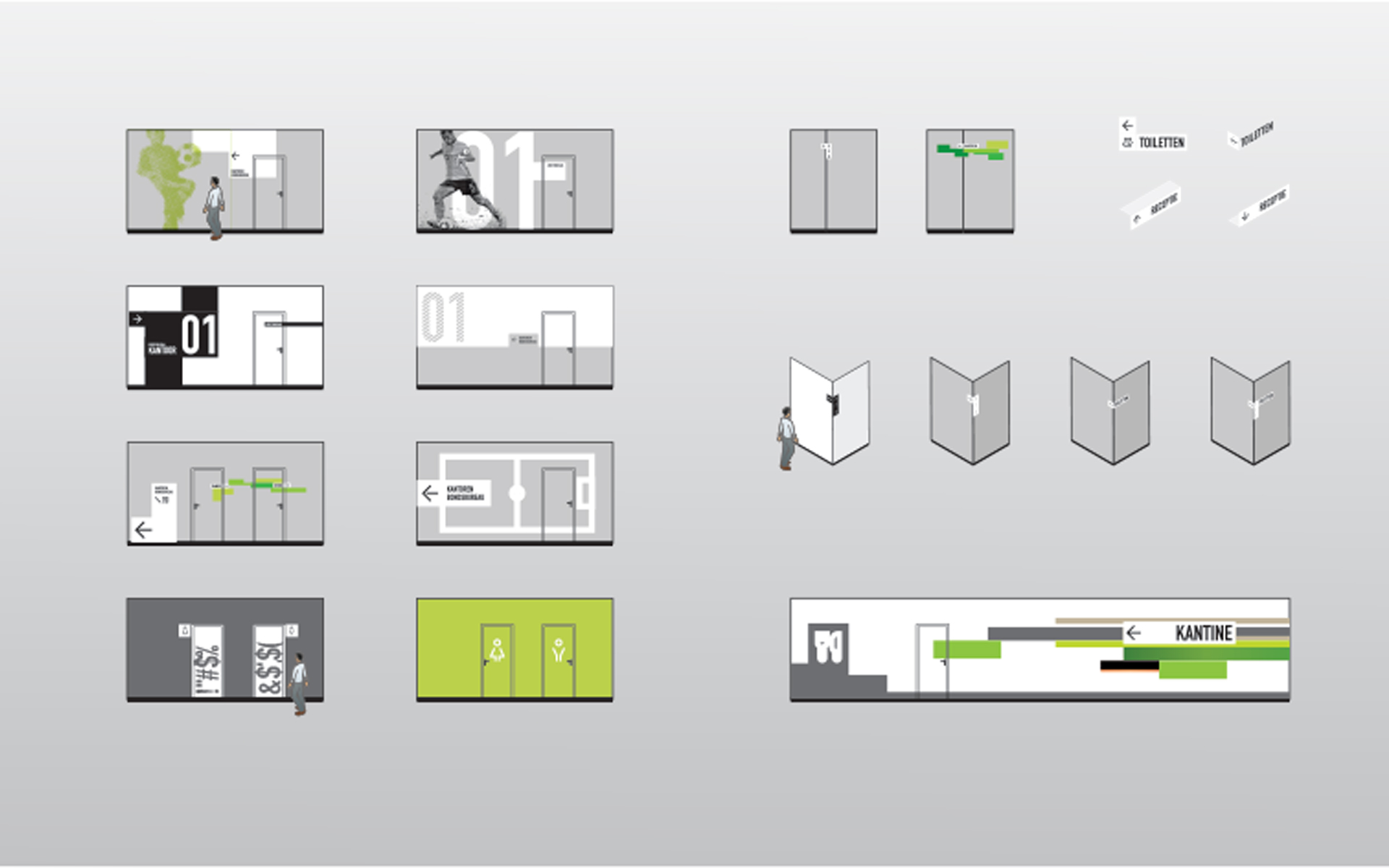 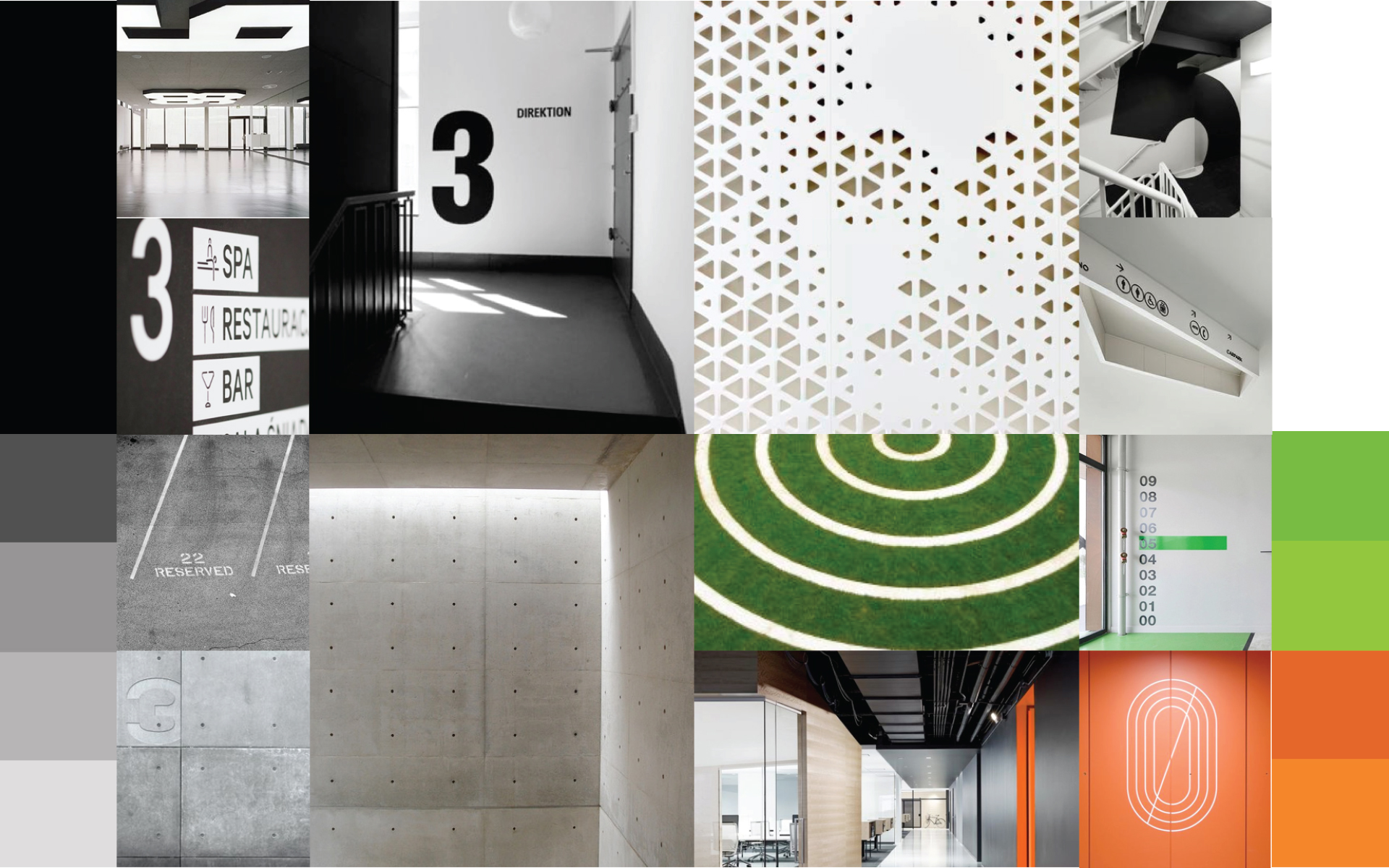 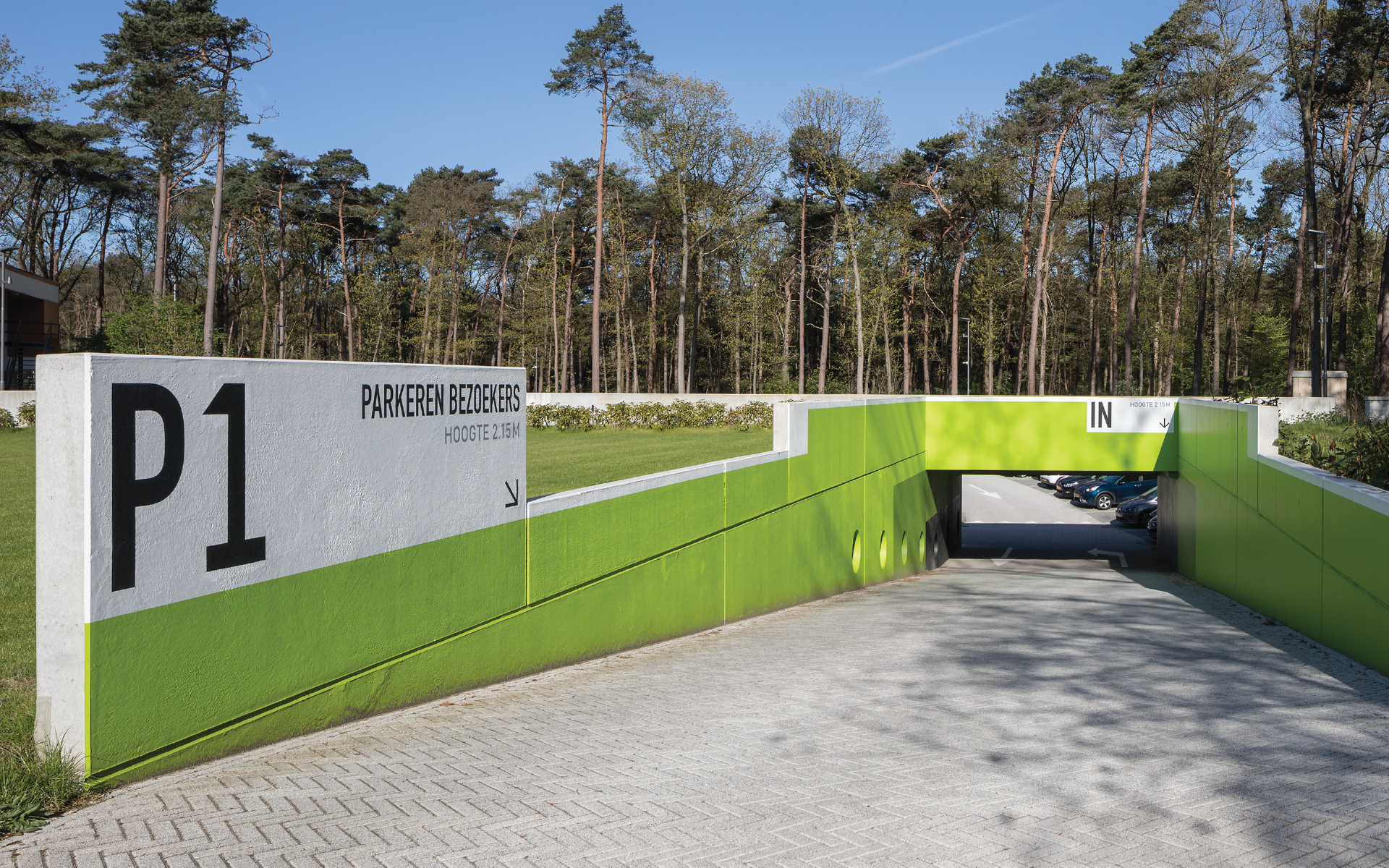 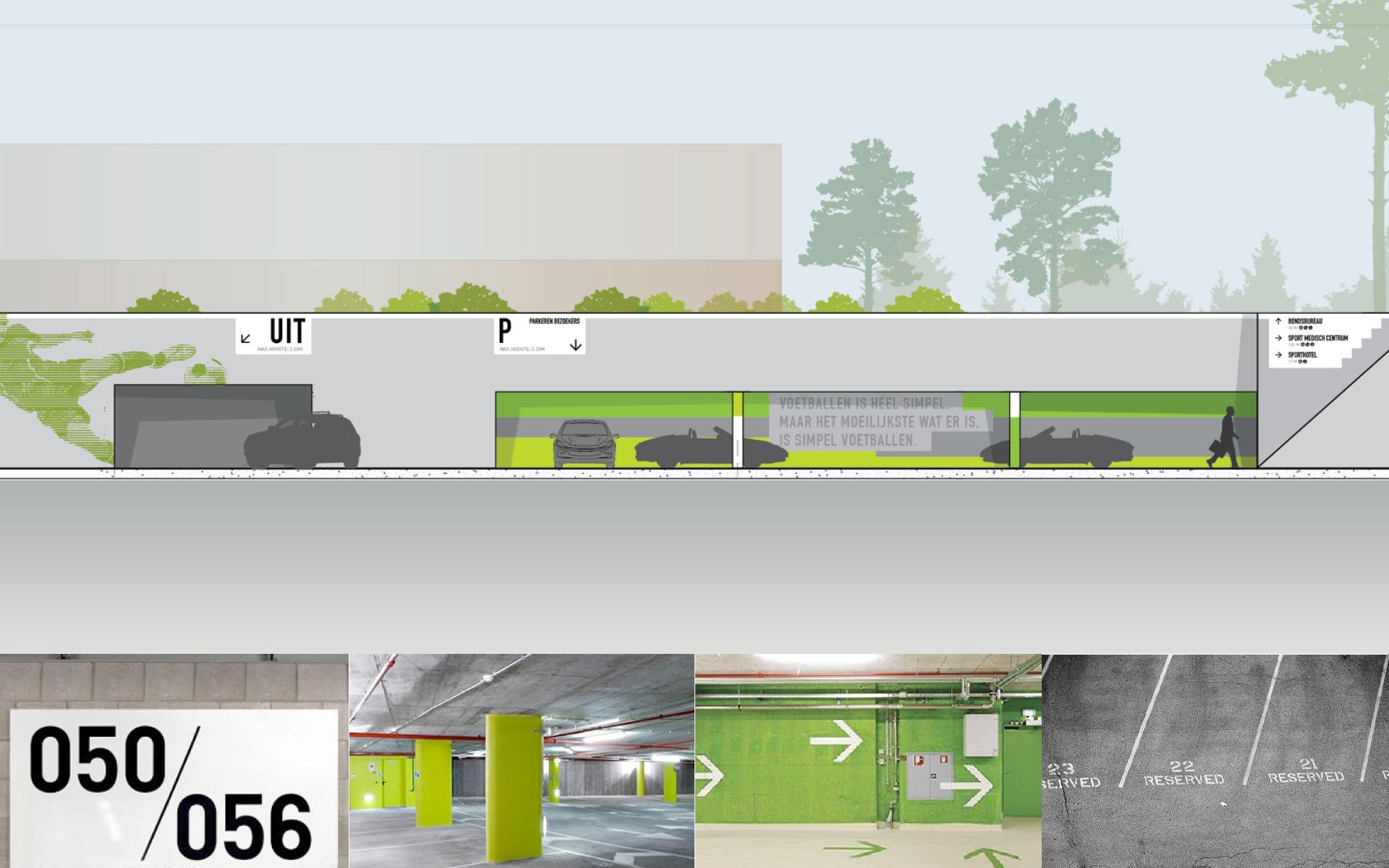 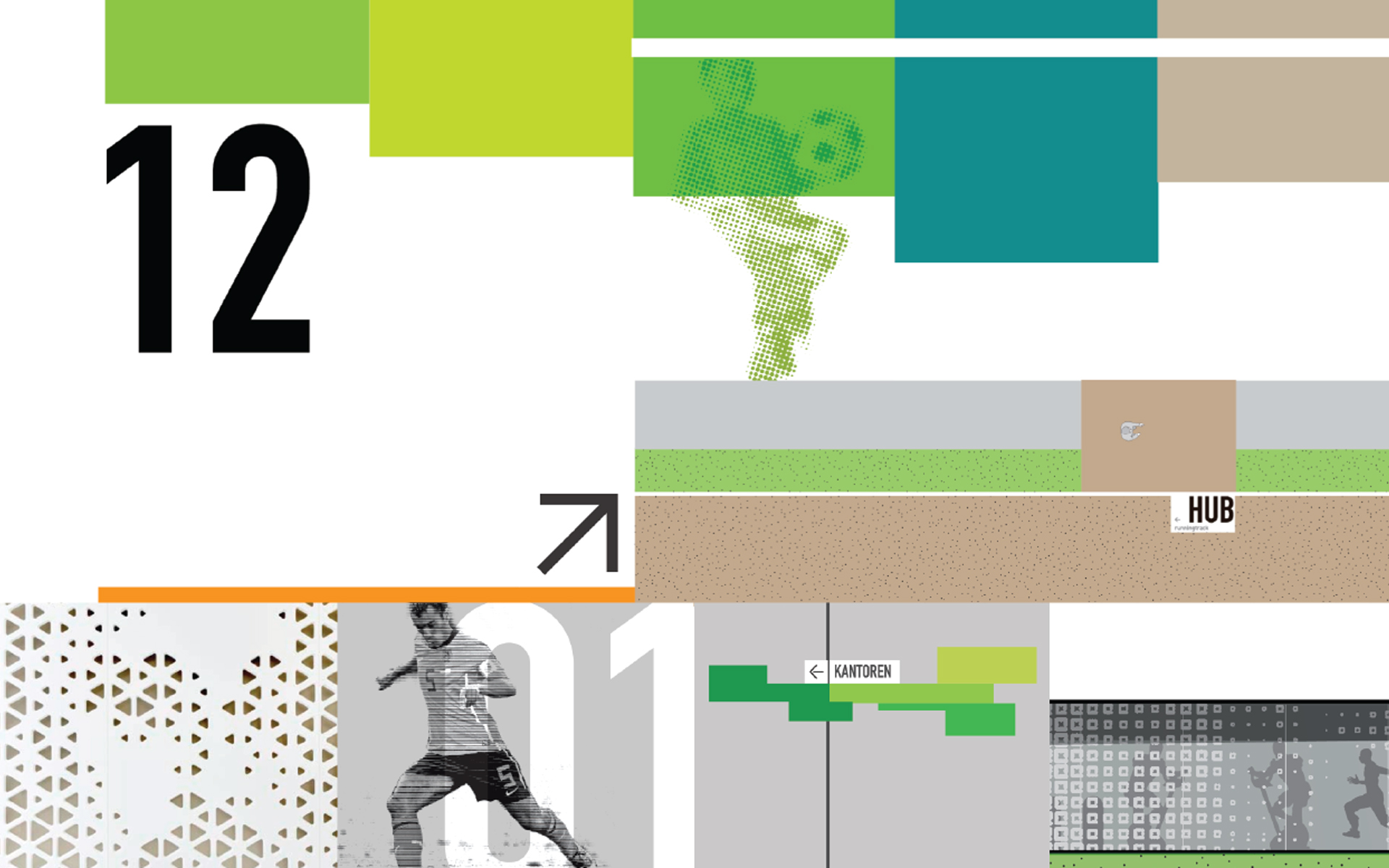 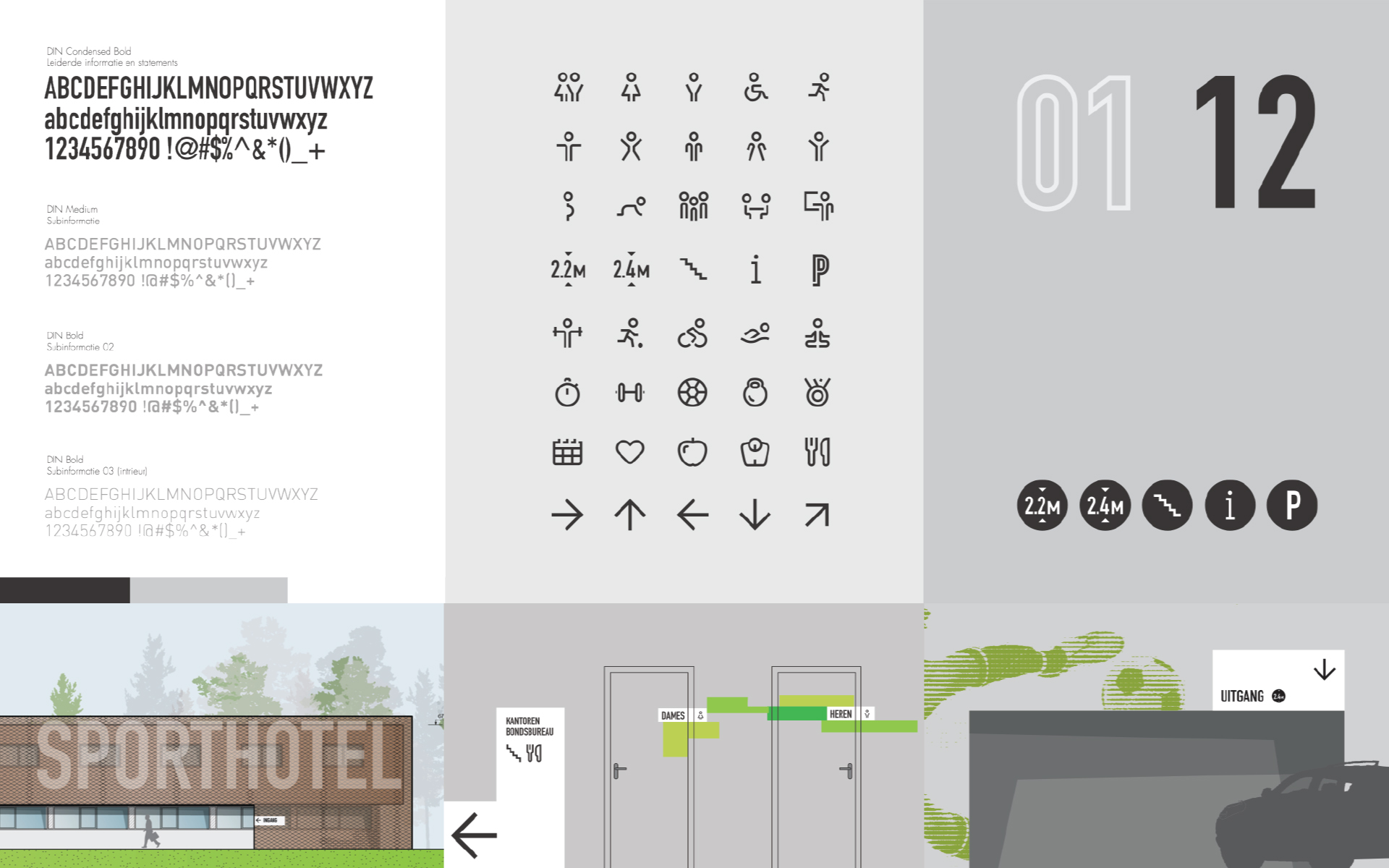 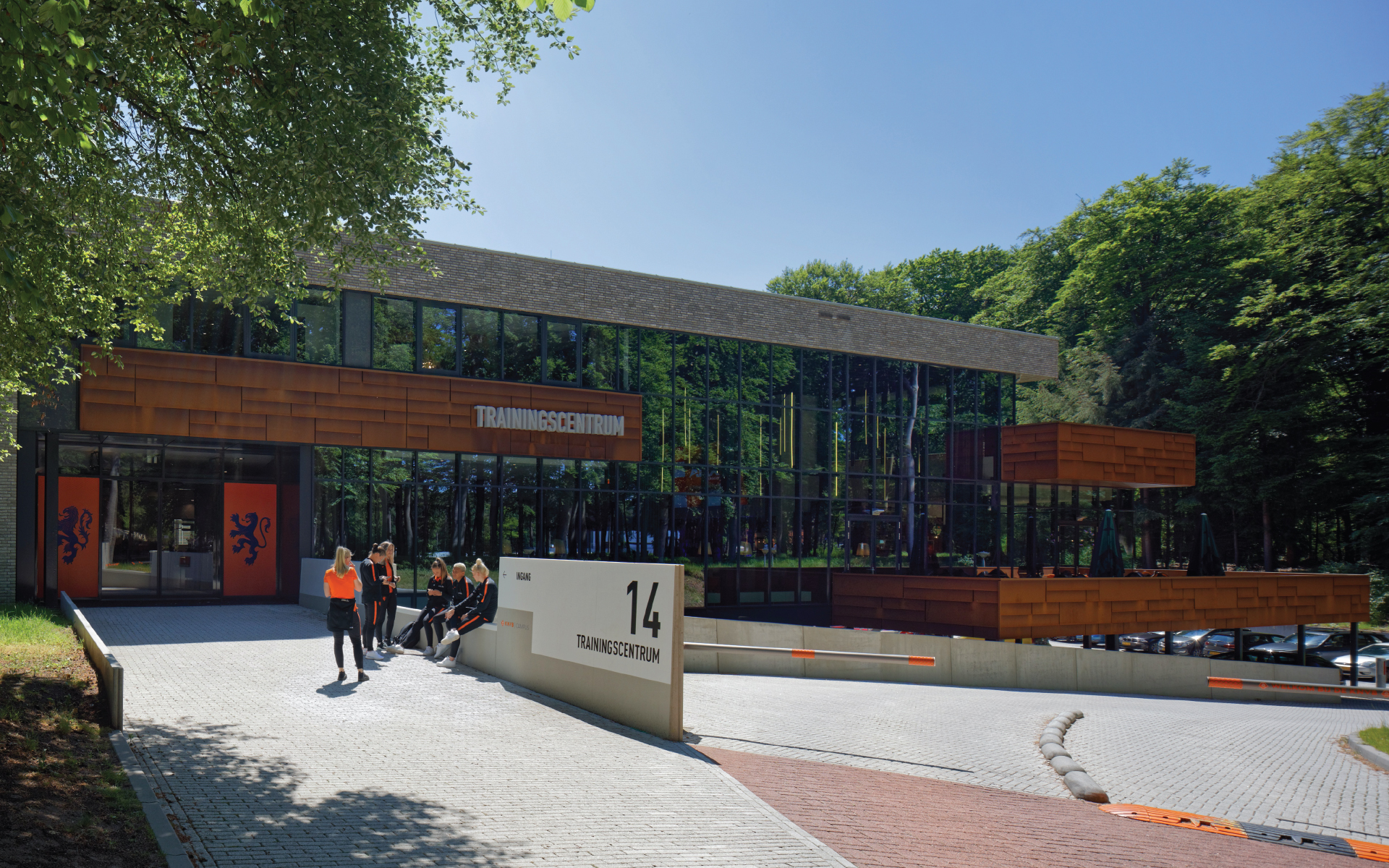 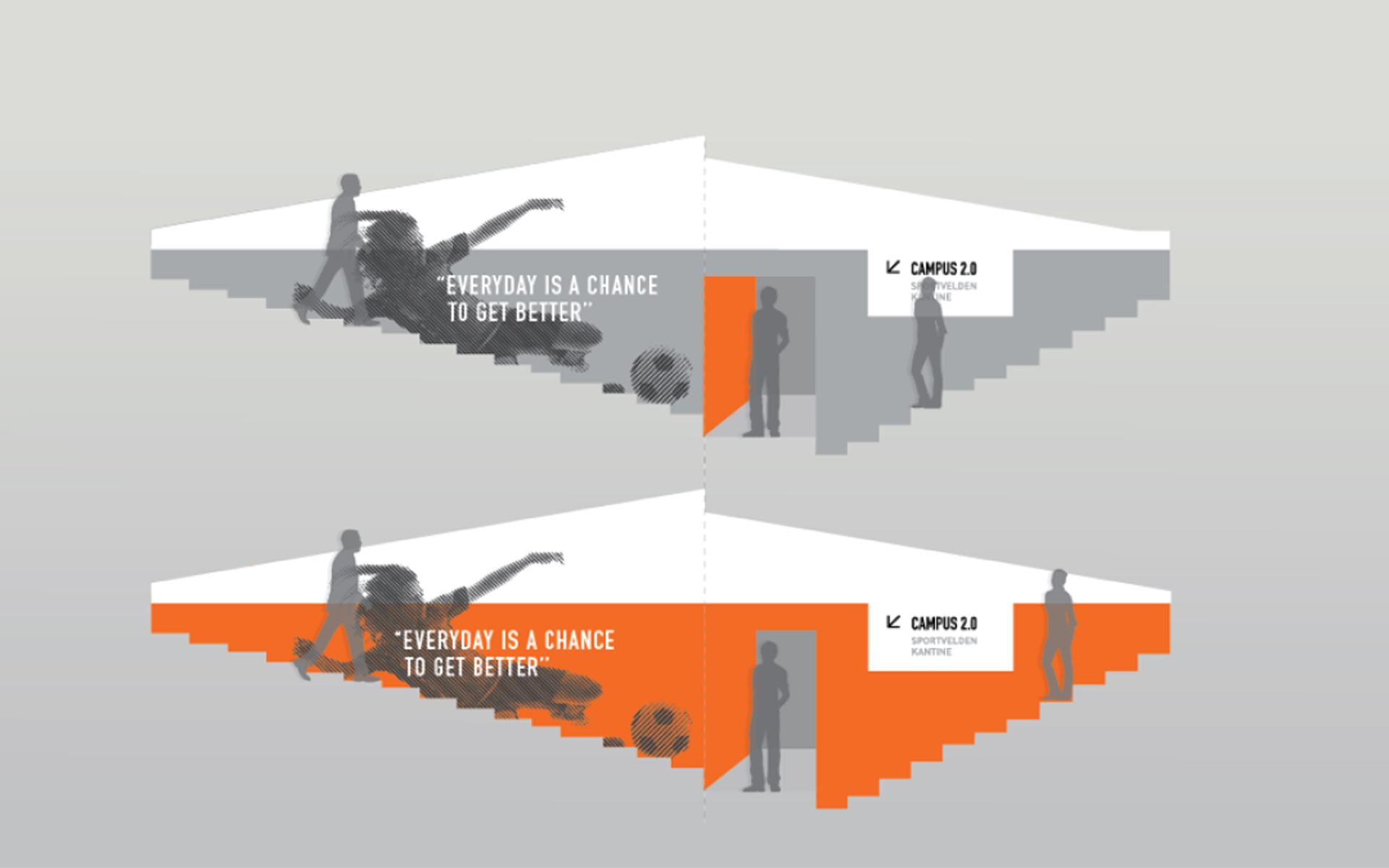