Developing 'the Alkmaar of the future'

The area along the canal in the centre of Alkmaar wanted to transform from an industrial transport canal into an inviting and connective city river. The idea was to make the Alkmaars Kanaal area a 21st century city district along the Noordhollandsch Canal with a highly urban living, working and recreational environment.

The Alkmaars Kanaal connects 5 areas that lie along the Noordhollandsch Canal. The vision was to develop a compact city with its own harbour and three faces: a soft city in a Dutch green landscape, an hospitable historical centre, and a tough urban ‘Waterfront’. The different areas would belong together as a city, but remain recognisable as different parts.

The municipality of Alkmaar saw the area developing into ‘the Alkmaar of the future’ along the water close to the city centre. it would be a vibrant city district with an ideal mix of conviviality, green space, new entrepreneurial initiatives, historical heritage and affordable and innovative living.

They asked DAY to develop distinctive brand positioning along with a visual identity and spatial branding strategy to inspire stakeholders and target groups for this development and to accelerate the transformation process.

Our brand idea was this: the Alkmaars Kanaal could be experienced as a new stream of possibilities. A new energy flowing through the city of Alkmaar. A force of change. In other words, the canal banks could offer new spaces where citizens and entrepreneurs could settle and find new opportunities for growth and development.

This sense of stream, energy and creation then inspired us to design an appealing visual identity and branding style for area development, municipal communication and spatial branding. 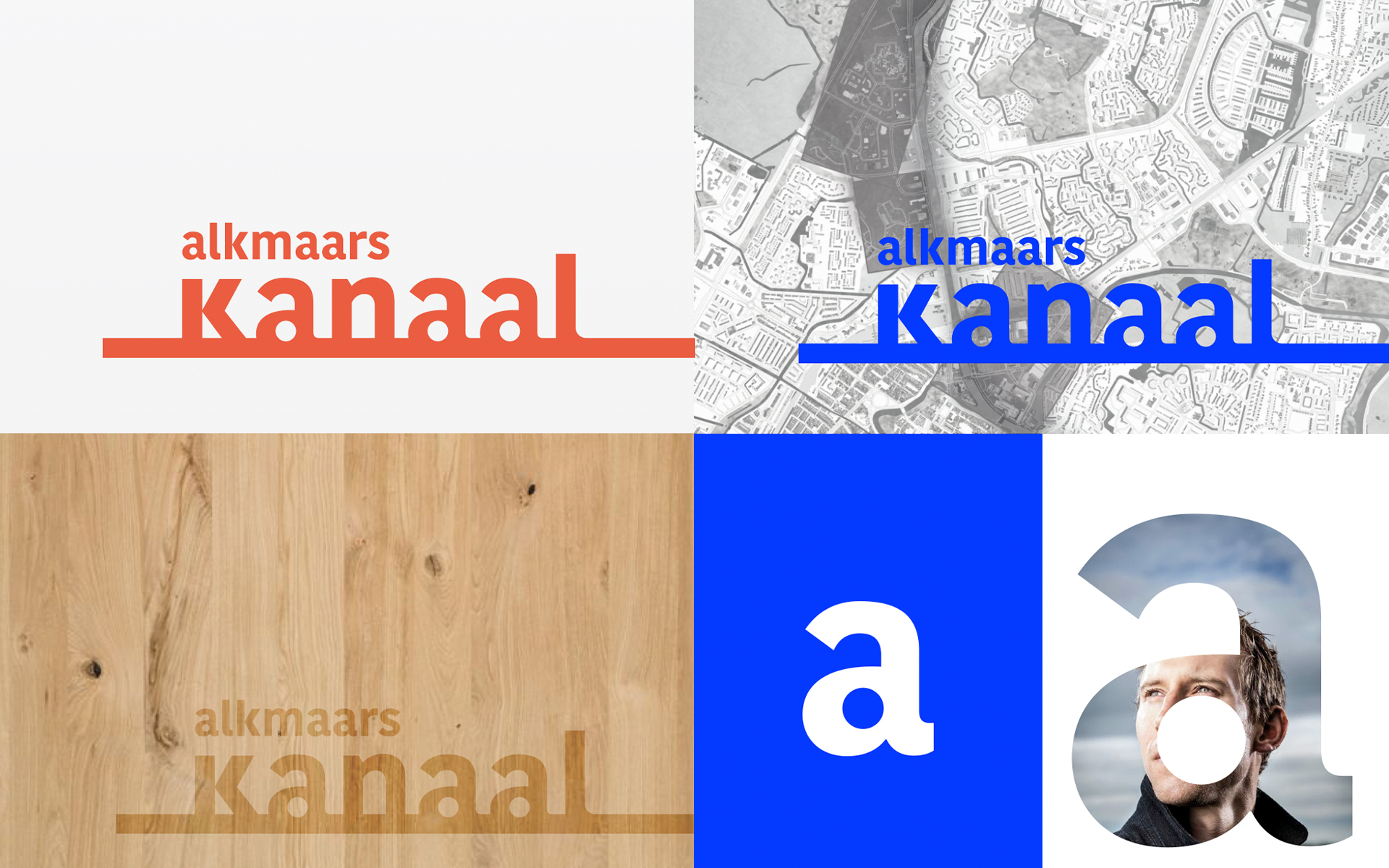 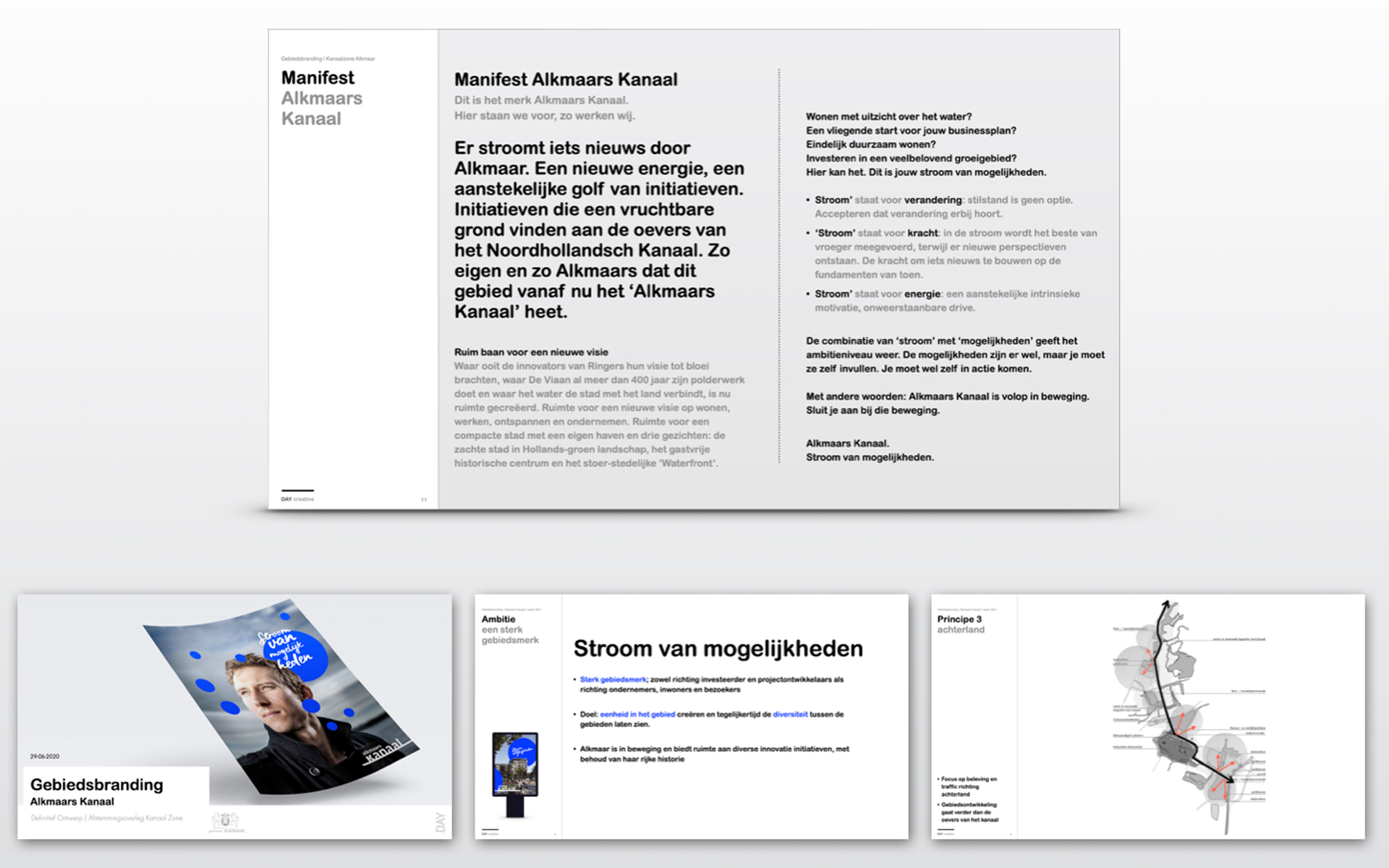 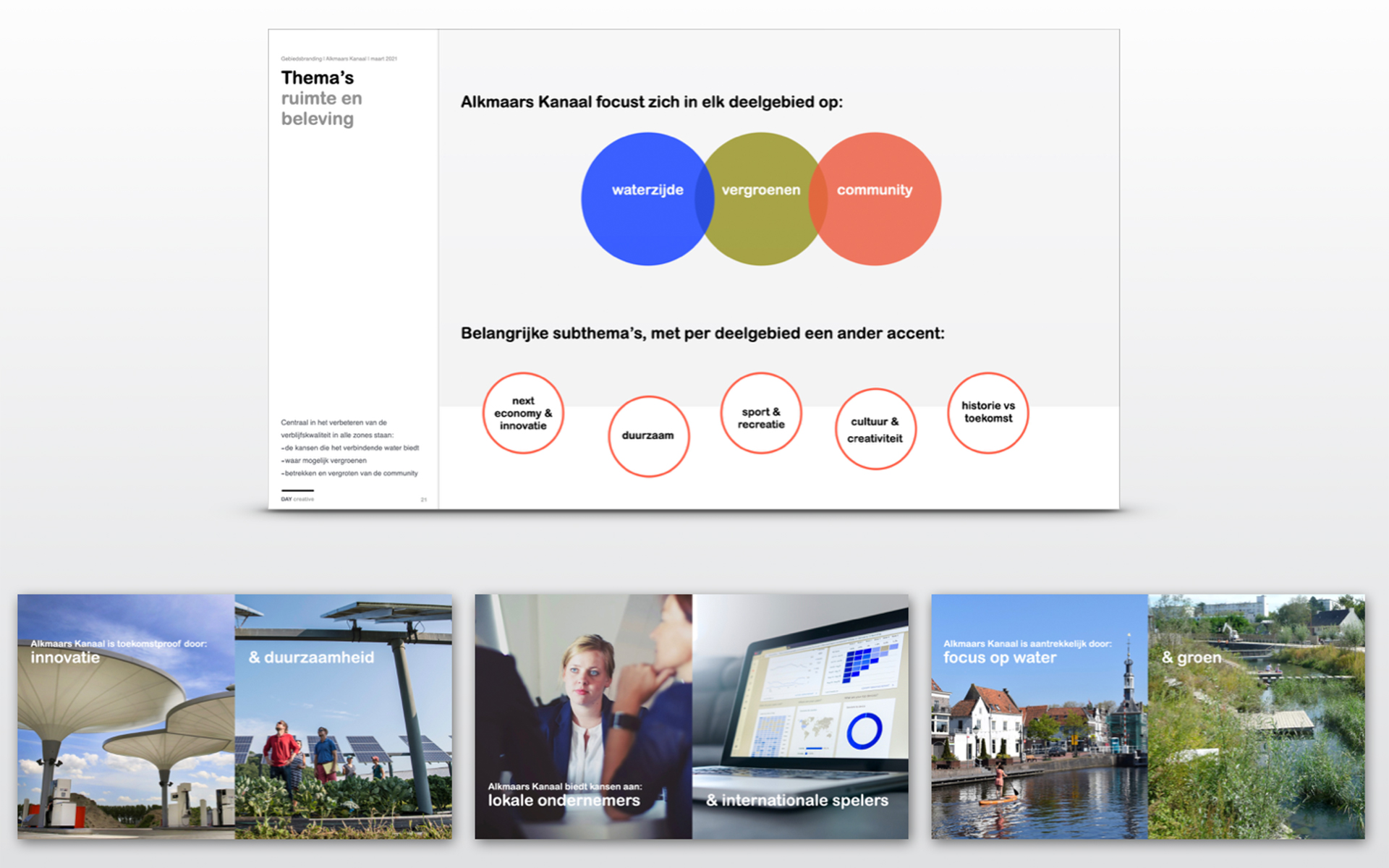 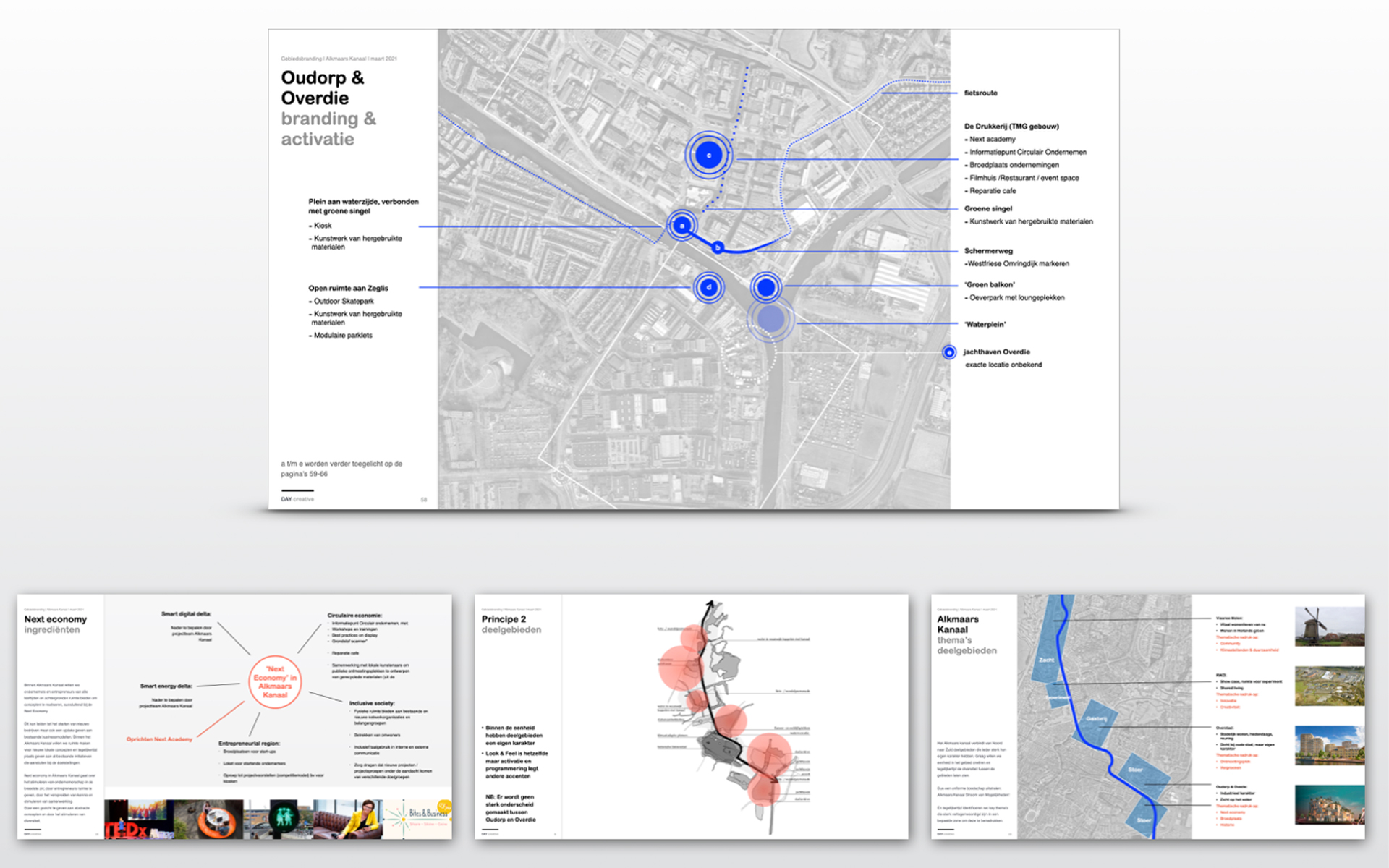 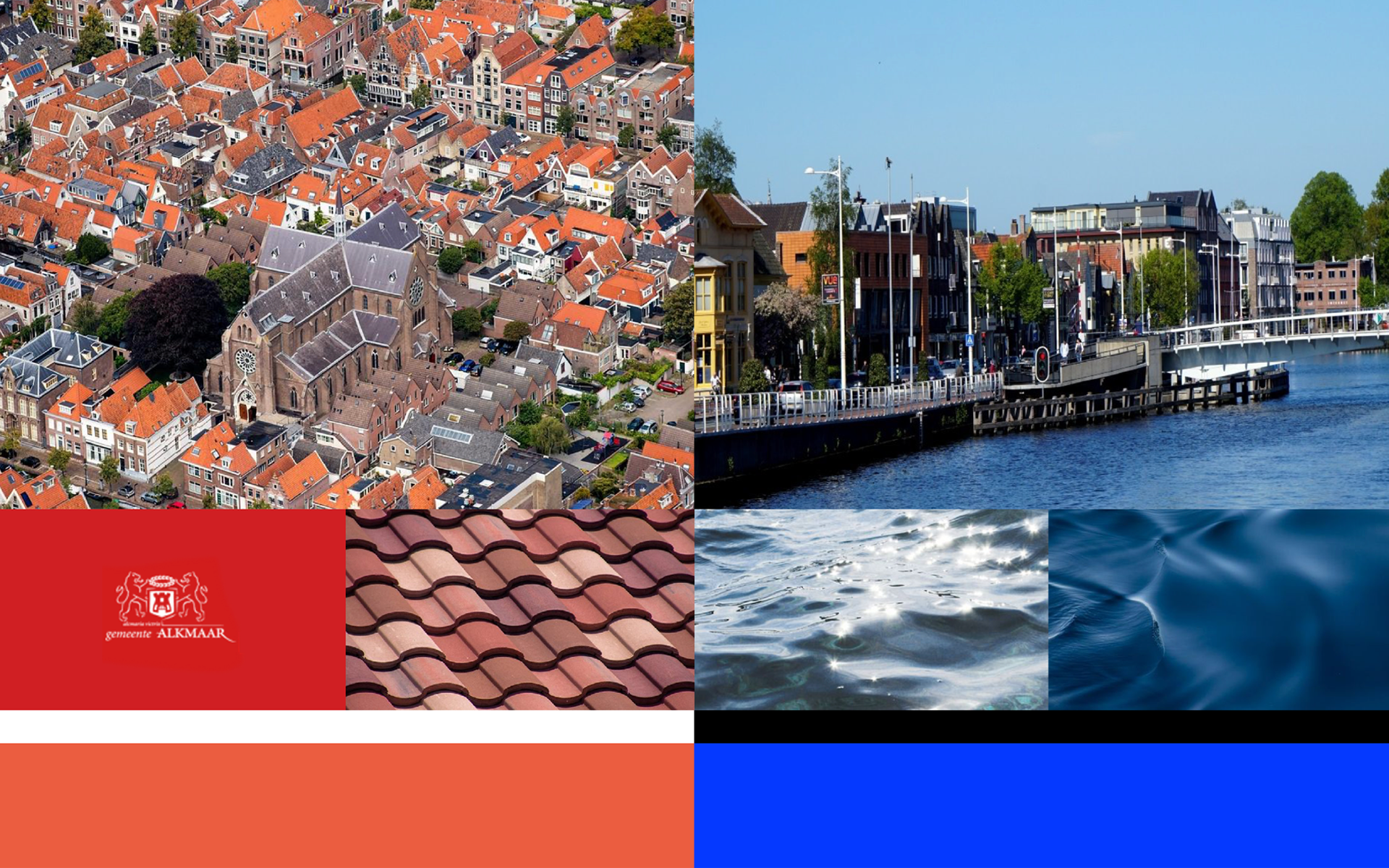 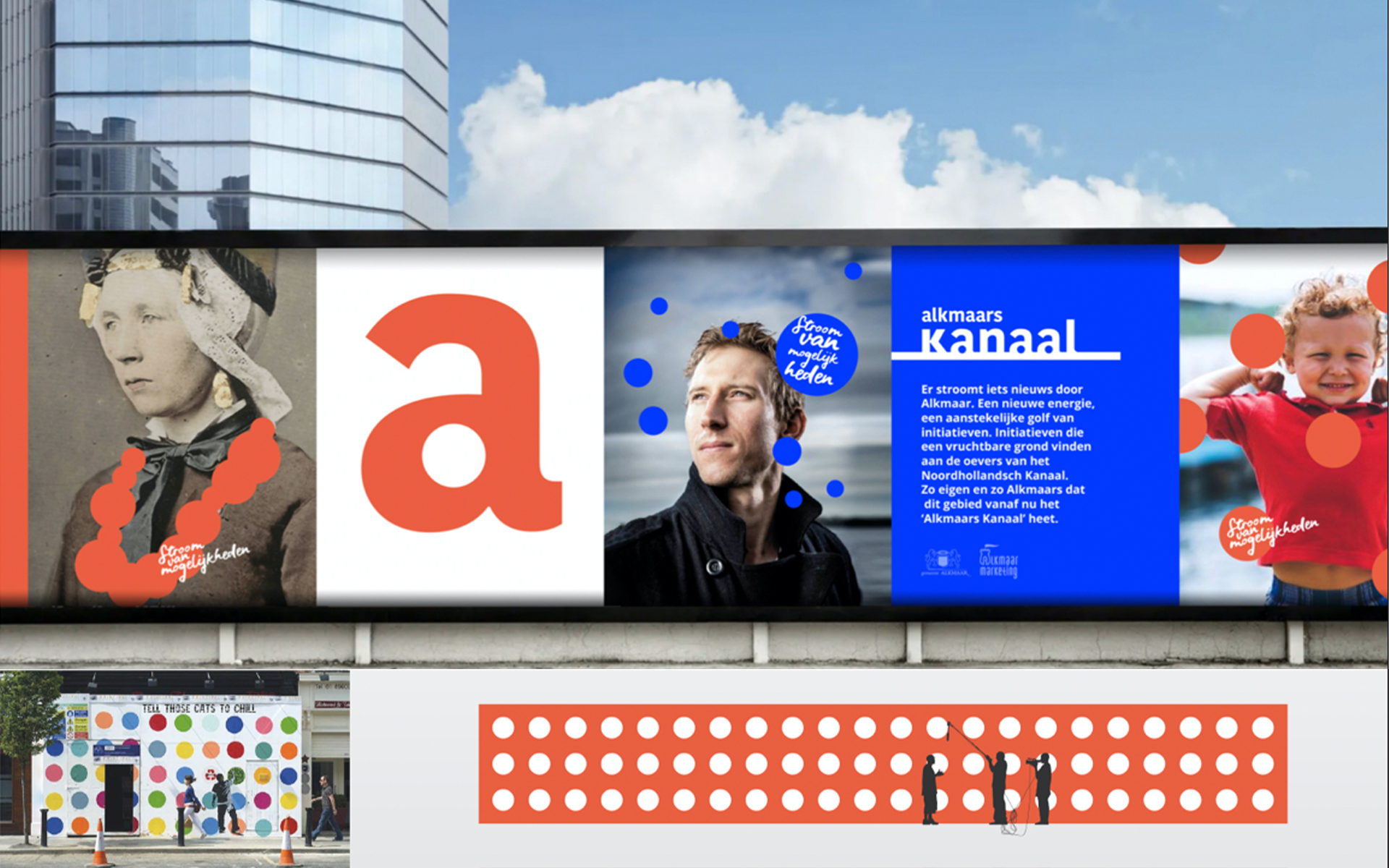 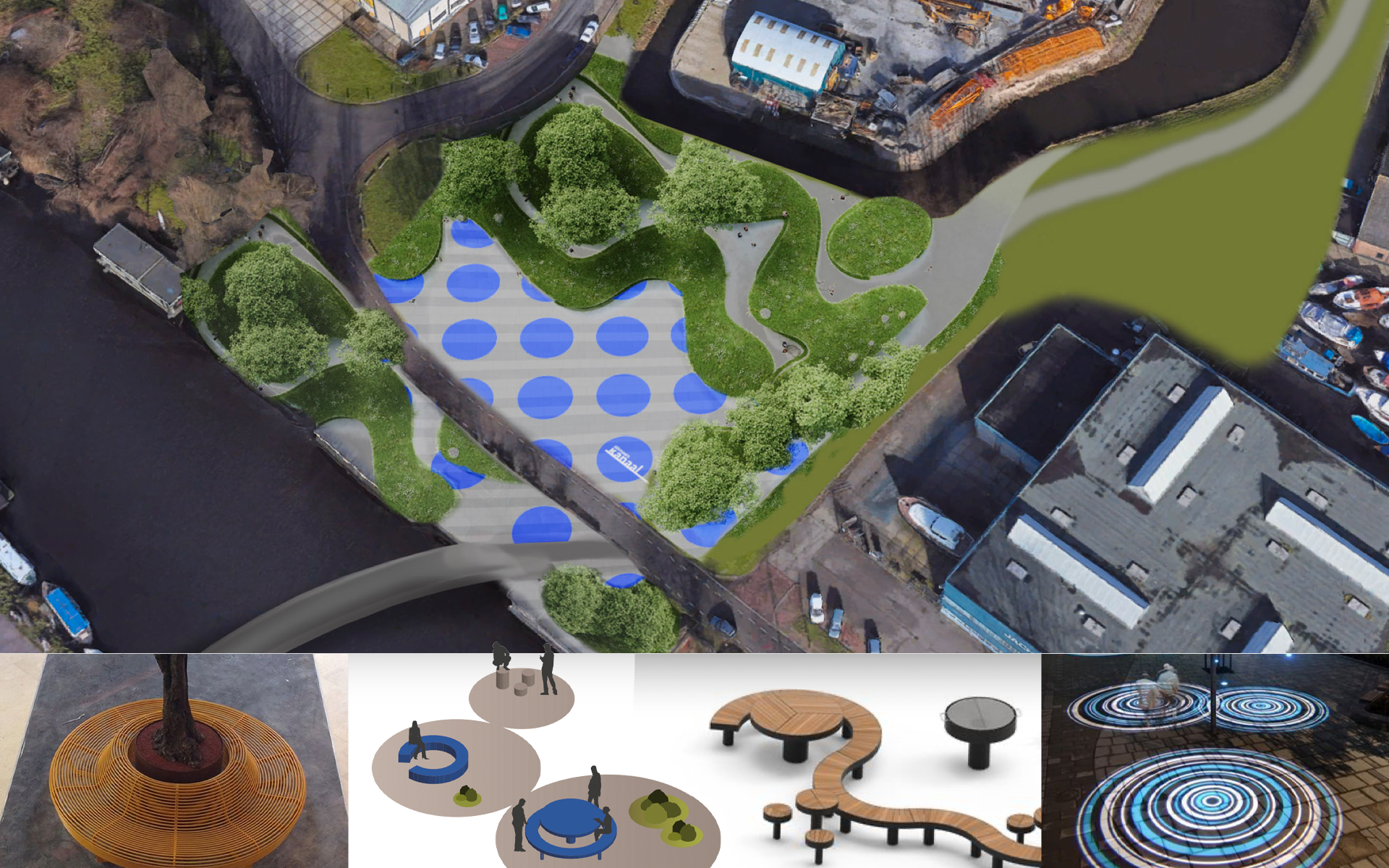 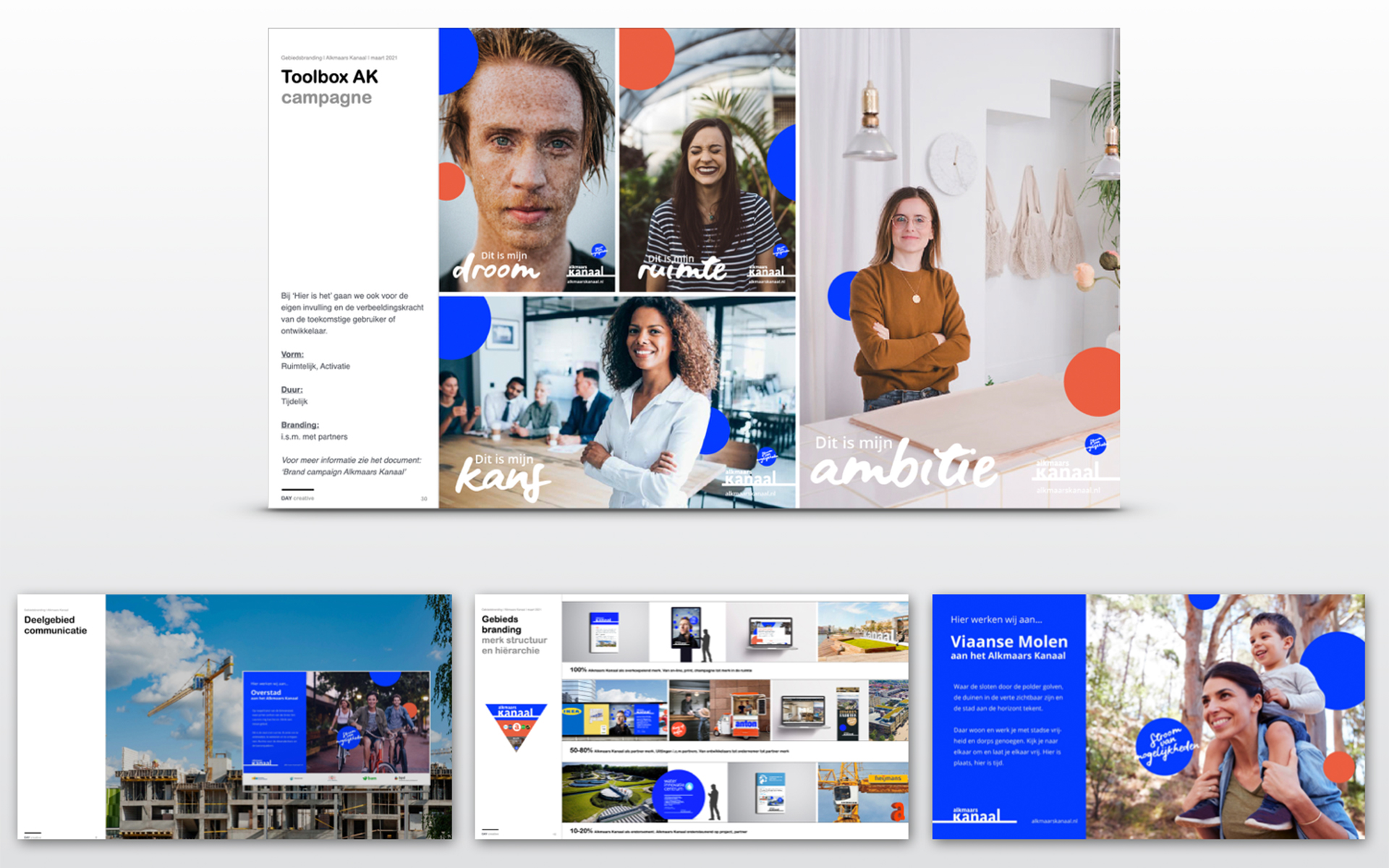 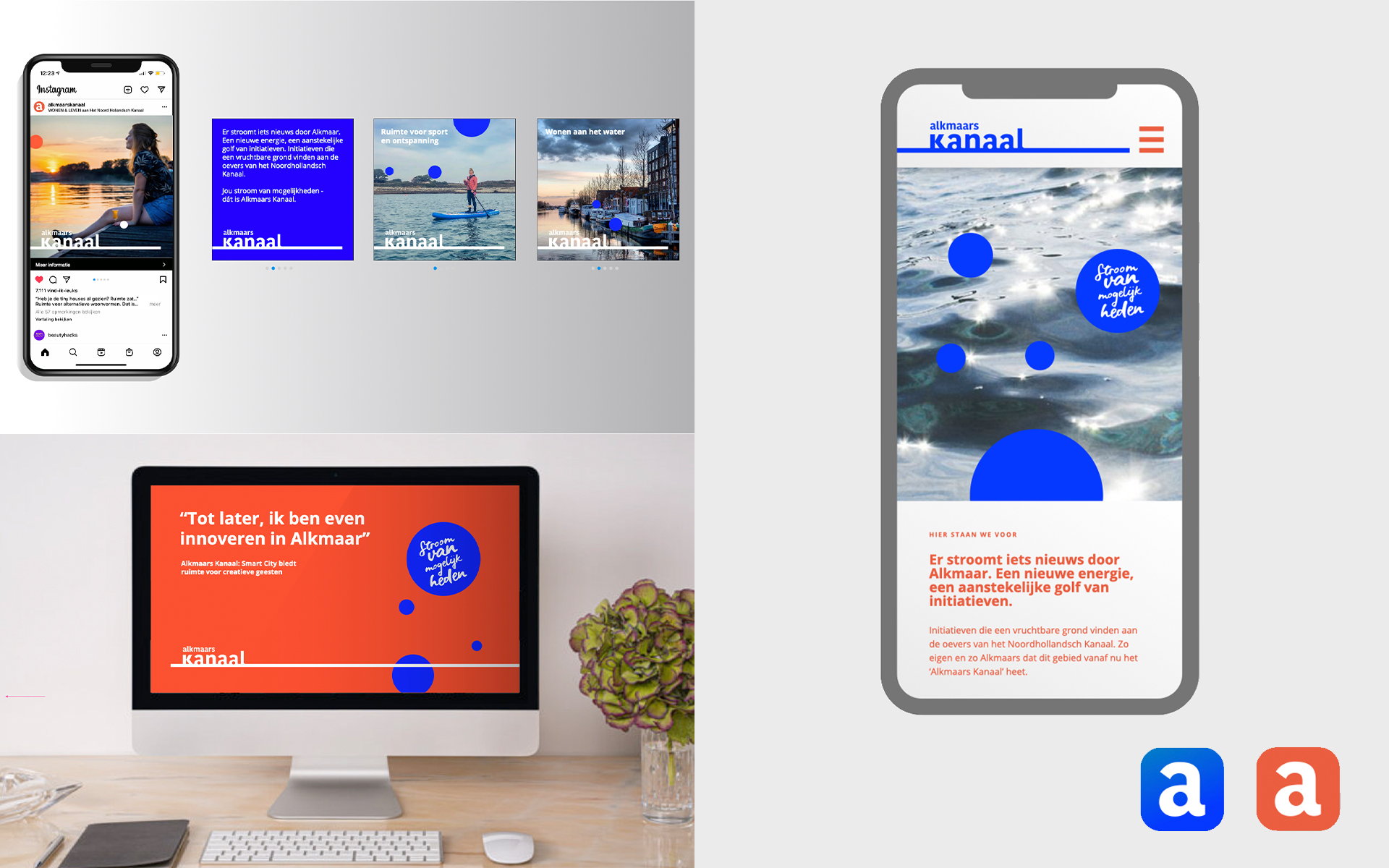 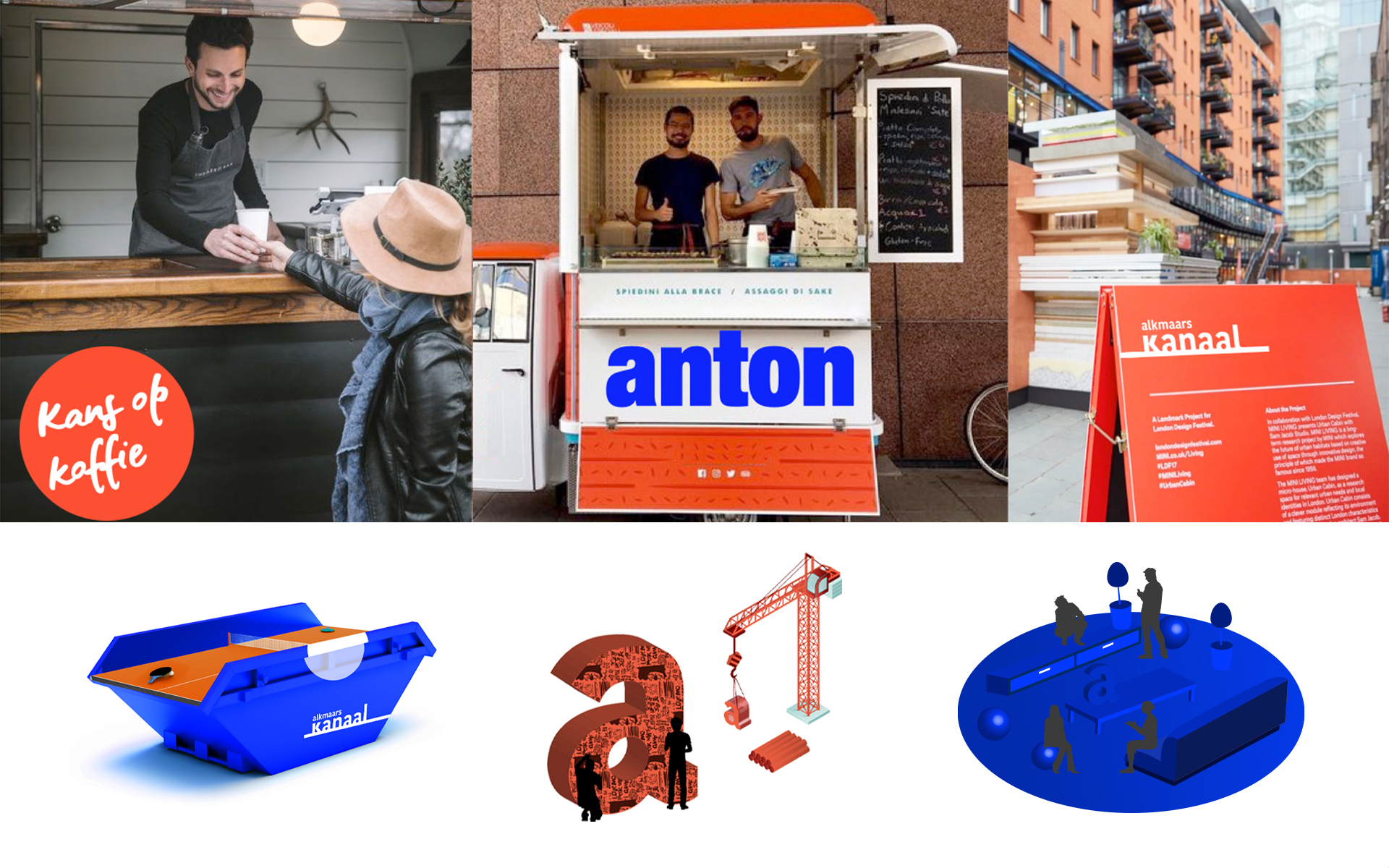 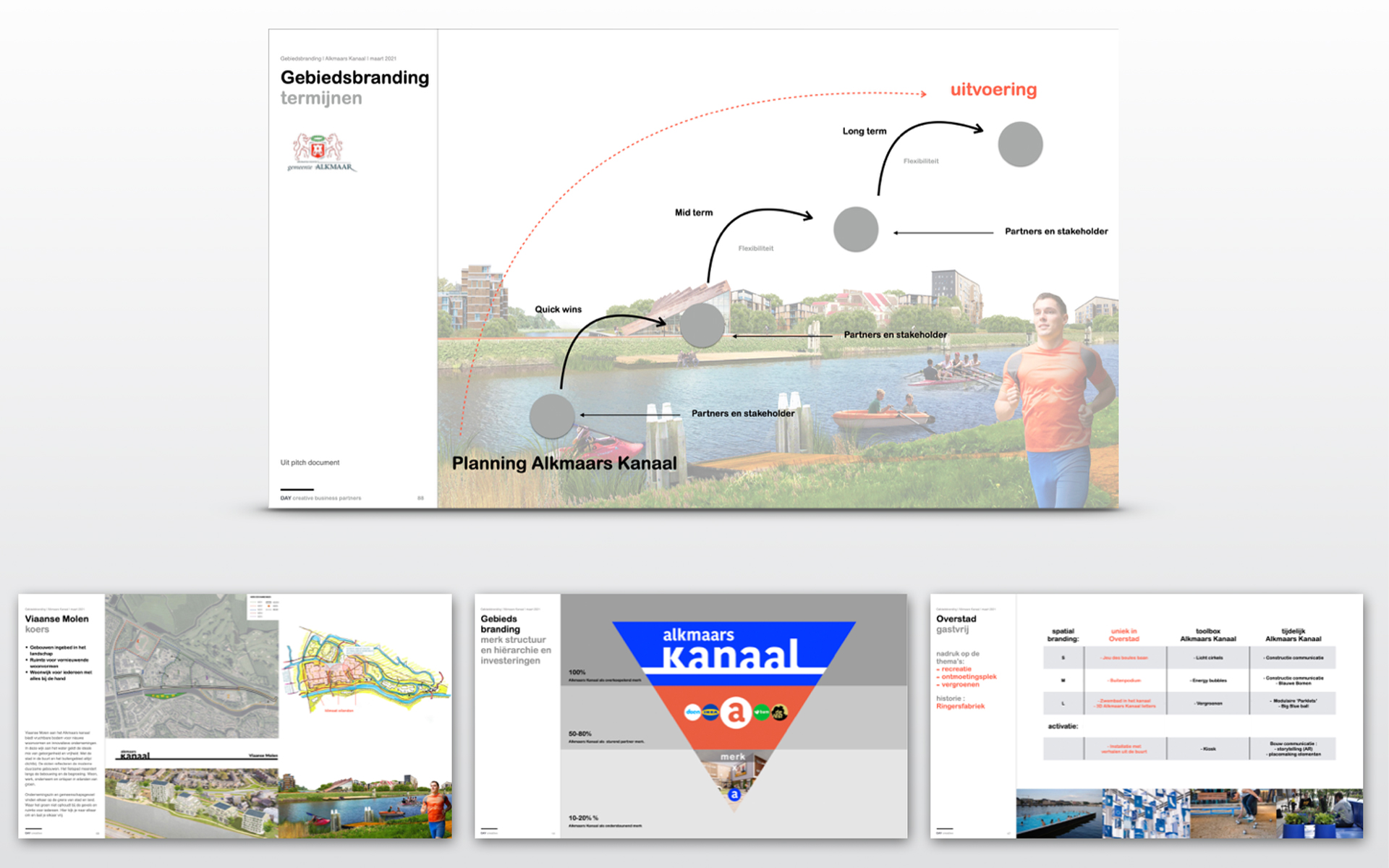 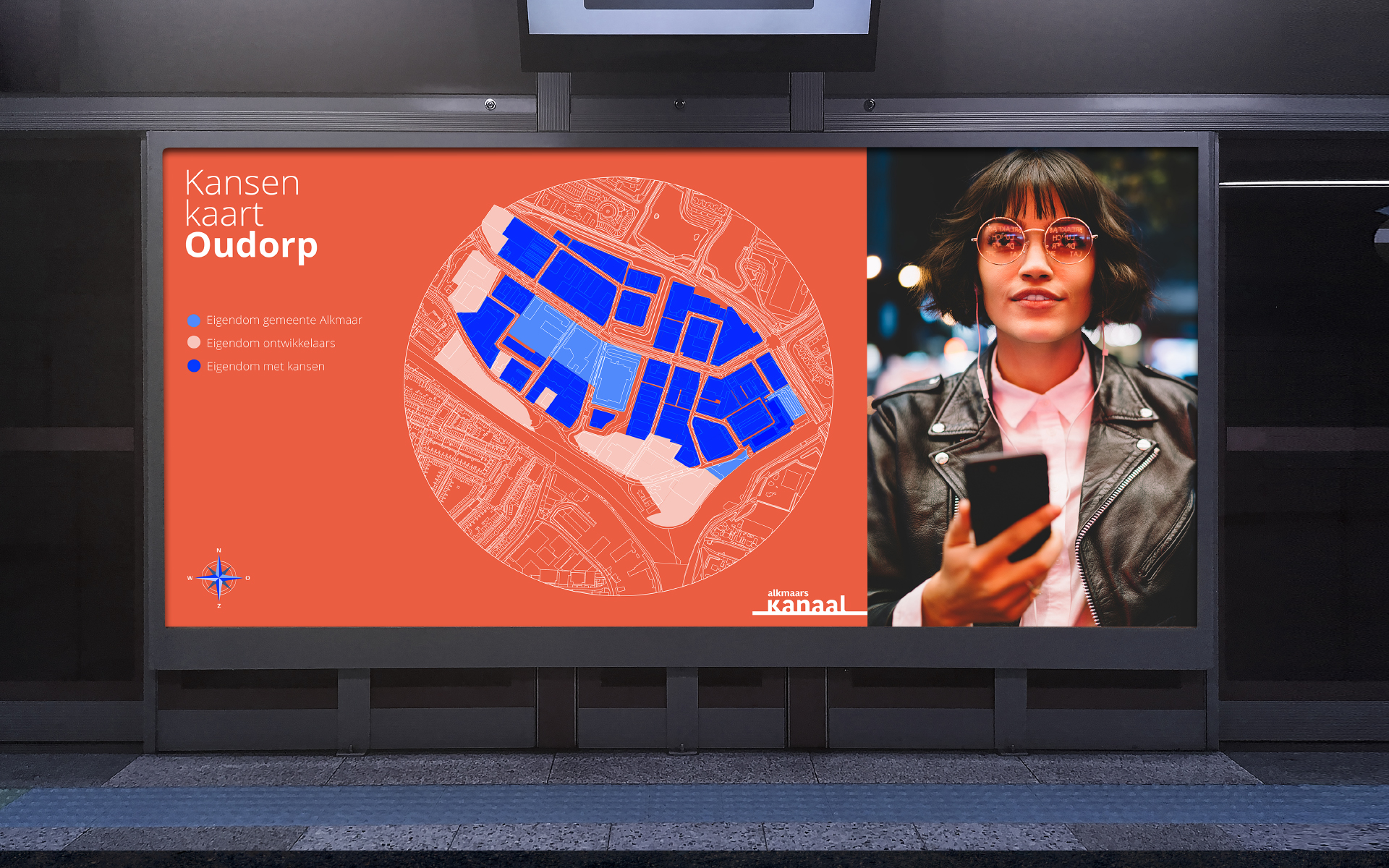