Flagship store concept: how to create a unique shopping experience

Nike, the global performance and fashion sportswear retailer, approached DAY to design a designated sportswear only flagship store in Paris, the first of this kind in Europe. Previously their extensive European portfolio of franchise stores and flagship stores in only London and Berlin had showcased all of their product ranges.

A flagship store needs a flagship location!, which was scouted for all over Paris and where DAY discovered a bookstore in the old Jewish District, Le Marais, known for its independent boutique shopping. The old store had been closed for many years and still had its original and historic architectural features. Combining these details with a modern twist became the basis of the retail concept.

A unique decision was made for the façade: to keep the eye-catching traditional blue paint with the original ‘Librarie’ exterior lettering kept as the main signage and using only perpendicular blade signs showing the Nike branding.

The original tiled floor was intact and restored in only a few parts. Placed next to it was new concrete flooring providing different zoning where mashed-up gym equipment was used as playful display furniture ‘with a twist’. Two up and coming French artists were commission for the bold and colorful wall graphics which feature alongside bookshelves housing original books from the bookstore. Upstairs, via a custom made dug out sneaker display shelf, is a mainly white ‘blank canvas’ customizing lab, where reclaimed window frames were used for mirrors and displays.

This mix and match of old and new, traditional and modern, reused and customized, resulted in a highly distinctive, charismatic and unique shopping experience, with which DAY won a Red Dot Design Award. 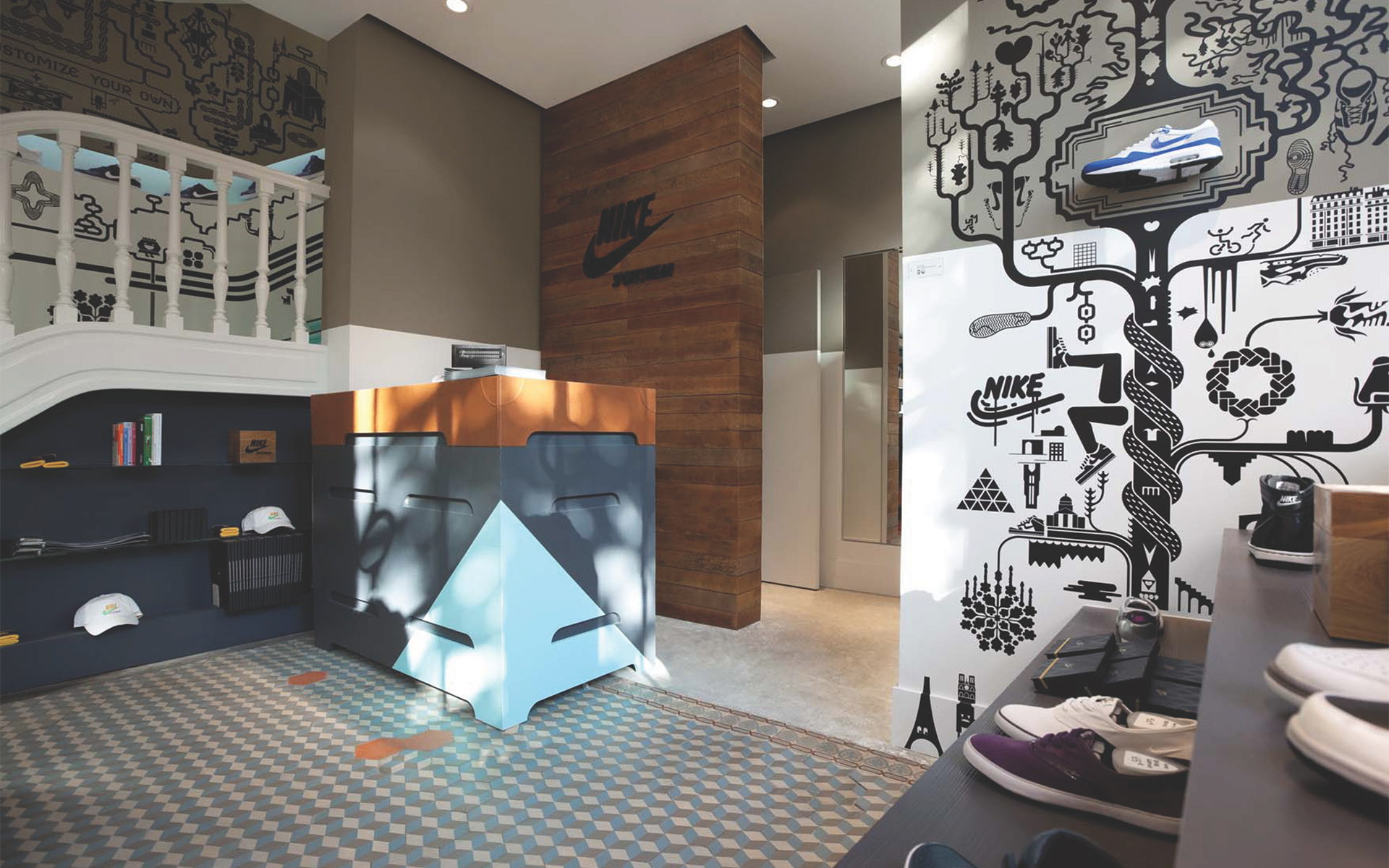 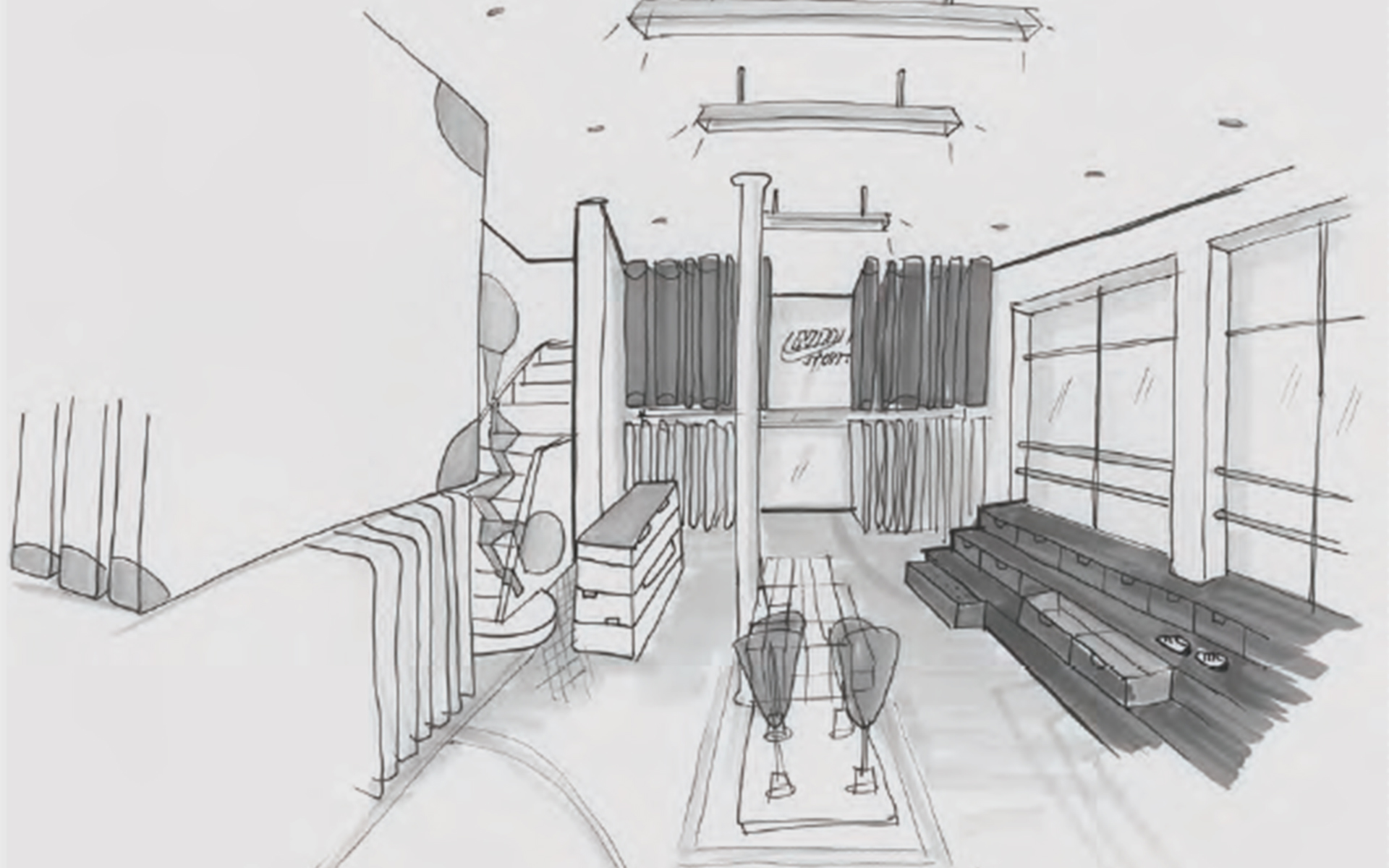 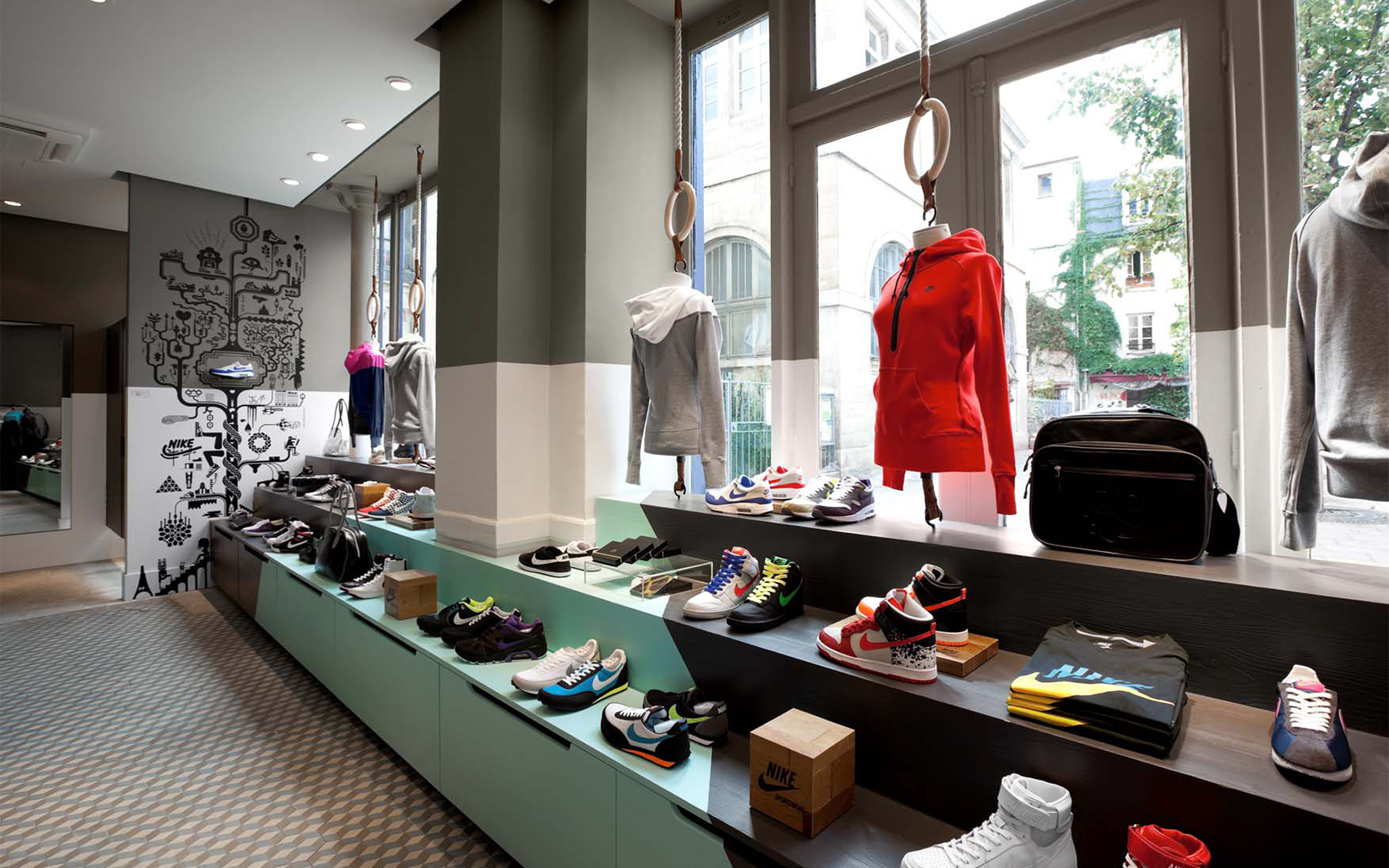 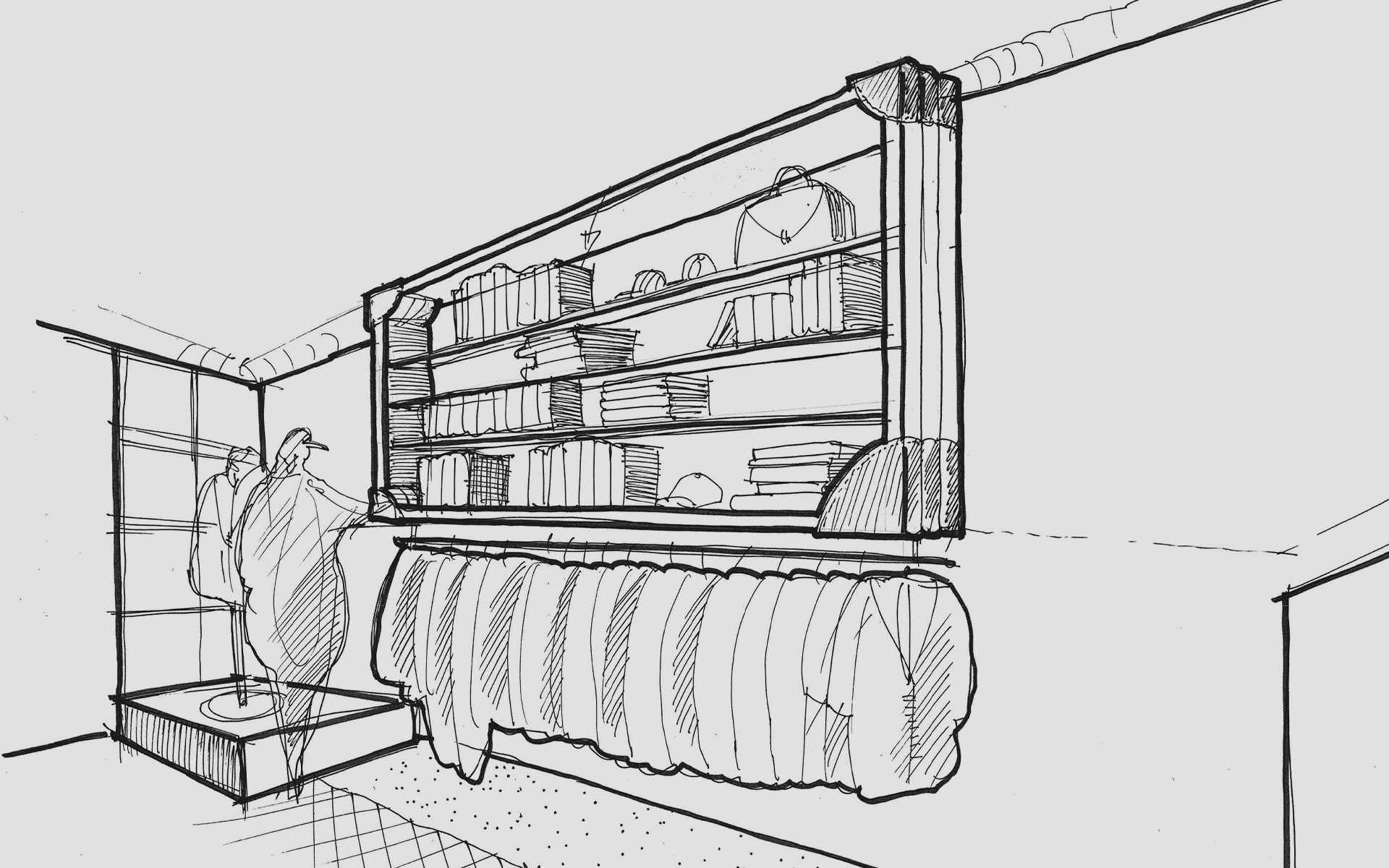 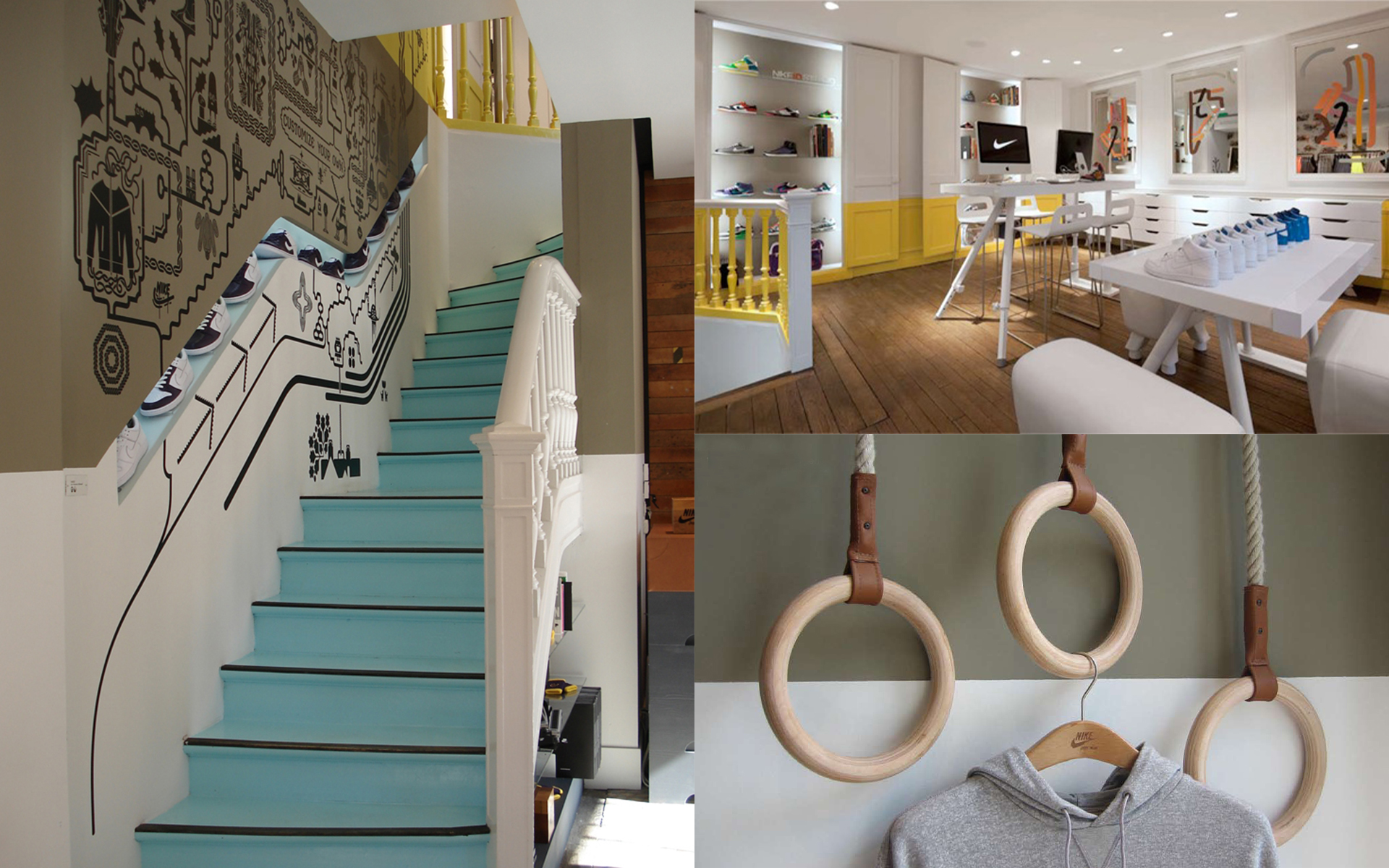 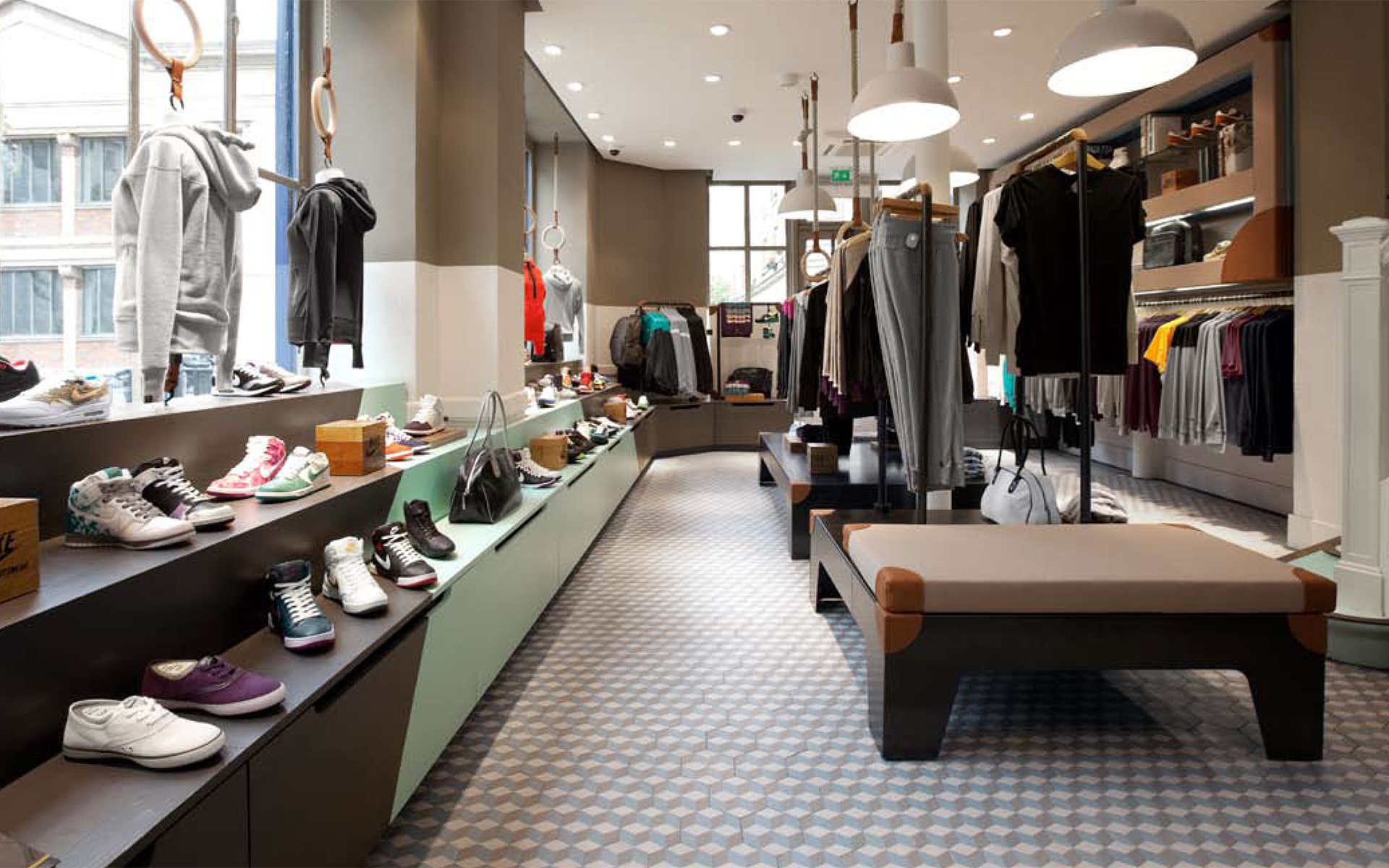